Area DM temporarily placed a ban on all trekking and adventure activities in the district. Experts argue that more robust mechanism, international-level security checks, instead of the temporary ban, are the real solutions. 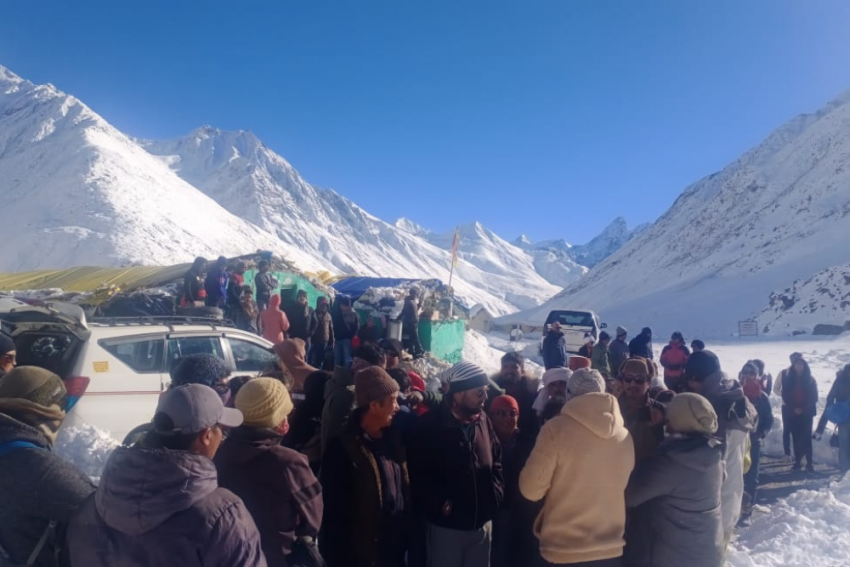 After the shocking tragedy at Lamkhaga – from where bodies of 12 trekkers were recovered after the peak witnessed snowstorm - the District Magistrate, Kinnaur, Apoorv Devgan, has banned all trekking and adventure activities in the district.

Eight trekkers - seven of who were from West Bengal, and one 38-year-old Anita Rawat (38) from Delhi - had gone missing after the weather turned hostile and Lamkhaga peak witnessed a snow-storm last week at the Pass, a 90 km high altitude glacier trek at a height of 17,330 feet.

Devgan, in a notification issued on October 25 under section 34 of the Disaster Management Act-2005, noted that during the winter season the climatic conditions tend to change very quickly, which pose a grave threat to the life of the trekkers. Moreover, he told Outlook, “conducting search and rescue missions in such conditions is very risky which makes it necessary to restrict the trekking and mountaineering activities in the season.”

Though the state government does not have exact data of the number of lives lost during expeditions, officials admit that most of these accidents have been reported majorly from five of the state’s 12 districts - Kinnaur, Lahaul-Spiti, Chamba, Kangra and Kullu. Some subject experts feel that banning trekkers from embarking on adventure tourism is not the solution.

“Neither Himachal Pradesh nor its adjoining states such as Uttrakhand, have any mechanism to regulate adventure tourism. There are no trained instructors, guides or high-altitude experts to help the trekkers. The safety standards are a joke. Accidents are bound to happen but how to mitigate the loss of lives is the real question. Banning activities temporarily is not a way out,” says Major General (Rtd) Atul Kaushik, who has served as Commandant, High Altitude warfare school of the Indian army at Gulmarg (Kashmir).

A highly experienced high mountain trekker himself, Kaushik feels that setting up a regulatory body to grant licences to the instructors and also to oversee all adventure tourism activities will help save the lives of adventure tourists. He feels that the existing mechanism of approving adventure tourism in the state should be replaced with a foolproof and robust mechanism. He recommends that international safety standards should be put in place for all eventualities in the future. This will not just help save more lives but attract tourists from abroad as well, he argues.

Reports from Uttarkashi suggest that the company that organised the trek, in Lamkhaga where bodies of 12 trekkers have been recovered so far, had rather taken help from another tour and travel operator to get the necessary permissions.

To find the missing trekkers a search operation was organised at the behest of Uttarkashi administration and local Disaster Management Authority with the help of the Indian army and ITBP on both sides in Himachal Pradesh and Harshil – the base camp from where trekkers started making their way towards the peak. Divendra Patwal, incharge at District Disaster Management (Uttarkashi) said that two injured persons rescued from the site were airlifted to a nearby hospital and they have been discharged from the hospital.

The peak connects Harshil (Uttarkashi) to Chitkul, the last inhabited village in the tribal district of Kinnaur, in the picturesque Sangla valley.