After Storm Over 'Hua To Hua', Pitroda Apologises, Says His Hindi 'Not Good'

Congress leader Sam Pitroda on Friday apologised for his 'Hua To Hua" remark on the 1984 anti-Sikh riots, saying it had been “misrepresented” as his Hindi was “not good”, even as the Congress party distanced itself from his remarks. 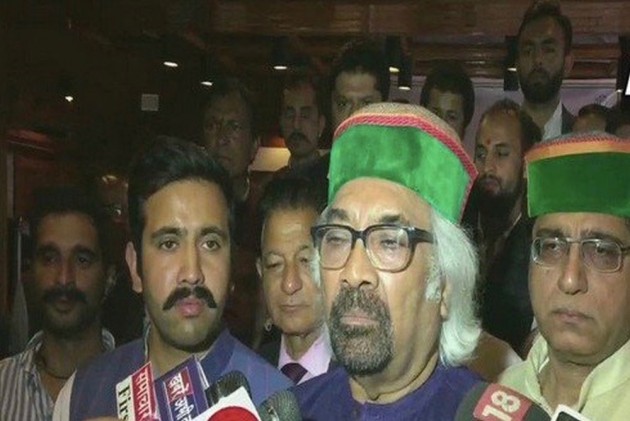 Facing flak for his “hua to hua” remark on the 1984 anti-Sikh riots, Congress leader Sam Pitroda on Friday apologised, saying it had been “misrepresented” as his Hindi was “not good”, even as the Congress party distanced itself from his remarks and said it continues to support the quest for justice for 1984 riot victims.

The BJP had pounced on Pitroda’s “hua to hua” (it happened, so?) remark, with Prime Minister Narendra Modi and BJP chief Amit Shah roundly attacking him. Punjab Chief Minister Amarinder Singh, from the Congress, said he did not accept Pitroda’s remark on the 1984 anti-Sikh riots that followed the assassination of then prime minister Indira Gandhi.

"The statement I made was completely twisted, taken out of context because my Hindi is not good. What I meant was 'jo hua vo bura hua,' (what happened was bad), I could not translate 'bura' (bad) in my mind," Pitroda said.

Sam Pitroda, Congress on his remarks on '84 riots: The statement I made was completely twisted, taken out of context because my Hindi isn't good, what I meant was 'jo hua vo bura hua,' I couldn't translate 'bura' in my mind. pic.twitter.com/ZATArjpC79

"What I meant was move on. We have other issues to discuss as to what the BJP government did and what it delivered. I feel sorry that my remark was misrepresented, I apologise. This has been blown out of proportion," he told reporters.

I have noticed how BJP is again twisting three words from my interview to distort facts, divide us and hide their failures. Sad that they have nothing positive to offer.

The BJP had highlighted his "hua to hua" remark in a big way.

PM Modi on Sam Pitroda's remark on 1984 riots: Reflects Congress's mentality, they have done this for years. Rajiv Gandhi had said 'when a big tree falls earth shakes'. They even made Kamal Nath incharge of Punjab,now made him MP CM. So dont take this as an individual's statement pic.twitter.com/CR3kLHDJs1

#WATCH PM Modi in Rohtak, Haryana on Congress' Sam Pitroda's remark on 1984 riots: 'Hua so hua'-3 words that sum up Congress's arrogance were uttered y'day by one of its most senior leaders, he said this on anti-Sikh riots. They have no value for human life pic.twitter.com/HWhj7CVzhy

BJP chief Amit Shah was also unsparing in his criticism.

Agony of the entire Sikh community.

Suffering of all those Sikh families killed by Congress leaders in 1984.

All Summed up in these three words by Sam Pitroda - Hua To Hua.

Sam Pitroda's 'Hua to Hua' reaction to the 1984 Sikh killings is reflective of the lack of remorse on the part of Congress Party with respect to the 1984 genocide.

The 1984 riots in Delhi are a blot on humanity. @sampitroda ‘s statement is unfortunate and regrettable. The INC as a party and Former Prime Minister Dr. Manmohan Singh have repeatedly stated that the perpetrators must be brought to justice.

The Congress party issued a statement saying: '...We continue to support the quest for justice for 1984 riot victims. Any opinion remark made by any individual to the contrary including Sam Pitroda is not the opinion of Congress party”.

Congress party issues statement over Sam Pitroda's remark on 1984 anti-Sikh riots. States, '...We continue to support the quest for justice for 1984 riot victims. Any opinion remark made by any individual to the contrary including Sam Pitroda is not the opinion of Congress party' pic.twitter.com/Yd1rxfYCYe

The National Commission for Minorities is reported to have sent a notice to Pitroda, asking him to explain his position and tender an unconditional apology to the Sikh community.

Political leaders commented on the "Hua to Hua' remark.

PDP leader Mehbooba Mufti termed it a "self goal" by the Congress.

Just when one thought Cong was maintaining civility in this year’s elections, #HuaToHua happens. Admire Sam Pitroda for his contributions to ðÂÂÂÂ®ðÂÂÂÂ³ but trivialising the horrific 1984 riots is unacceptable & a self goal for Congress. A wise enemy is better than a foolish friend