The balance of nature is continuously deteriorating due to the increasing population, says the Minister. 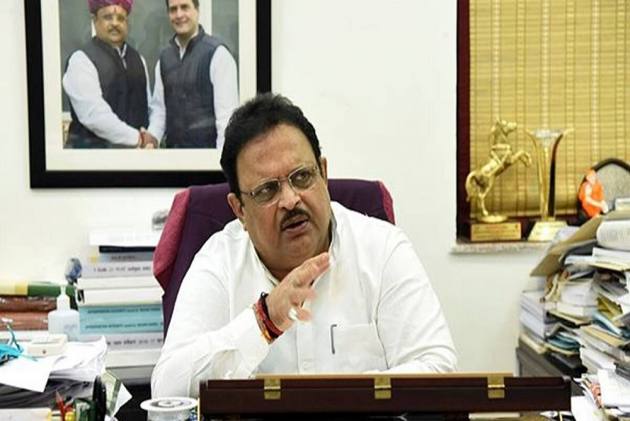 Rajasthan Health Minister Dr Raghu Sharma said we have to adopt the policy of ‘Hum Do, Humare Ek’ (We Two, Ours One) if the fertility rate is to be brought down.

Referring to the Sample Registration Survey (SRS) 2018, the minister said that the fertility rate of Rajasthan is 2.5%, whereas the national average is 2.2%. He said according to Millennium Development Goals, the fertility rate is to be brought down to 2.1% by the target year 2025.

"The problem of increasing population is getting frightening not only in India but in the entire world. The balance of nature is continuously deteriorating due to the increasing population. This is causing problems in food grains, drinking water, housing, education, health and employment", the health minister said while addressing a state-level Family Welfare Promotion prize distribution function.

Interestingly when Congress and other opposition parties are opposing the UP Population Control Bill under which government jobs and other facilities would be denied to those who have more than two children, Rajasthan health minister Raghu Sharma has openly supported the policy. Earlier also on Wednesday, he supported stringent population control measures by the UP government.

Sharma is not the only minister in the Ashok Gehlot government to support the policy. Another minister who has supported the policy is Rajasthan Transport Minister Pratap Singh Khachariyawas. On Thursday Kachariyawas, who held BJP responsible for the population explosion in India, told reporters, “Indira Gandhi ji had given the slogan of ‘hum do, hamare do’ back in 1975. However, the same BJP, Jan Sangh and the RSS who are trying to adopt the policy now had started movements against Indira Gandhi and were reluctant to implement the law. Had BJP not opposed the policy, the population explosion wouldn’t have taken place today".

Minister added by saying that when it comes to law on population with regards to restrictions on promotion and recruitment based on the number of children, Rajasthan is doing better than Uttar Pradesh.

Further speaking about the ‘Population Stabilisation’ fortnight to be observed from July 11 to 24, Raghu Sharma said, the theme of the fortnight is ‘Aapda me bhi parivar niyojan ki taiyari, saksham rashtra aur parivar ki poori Zimmedari’ (Preparation of family planning even during the crisis for the complete responsibility of capable nation and family) and this message is being carried up to villages and hamlets.

As per Sharma, around 2.5 lakh sterilisations are done every year in the State under the family planning programme which makes Rajasthan among the leading states in the country with regard to PPIUCD (postpartum intrauterine contraceptive device) insertions.