Advertisement
Home National
FROM THE GROUND

Lakhimpur Kheri Violence: The bloodstains had been washed away in the rain. The fingerprints too had been erased by the fire. A broken pair of spectacles, mangled shoes, a tattered pair of jeans and some metal scrap were among the things that they recovered. 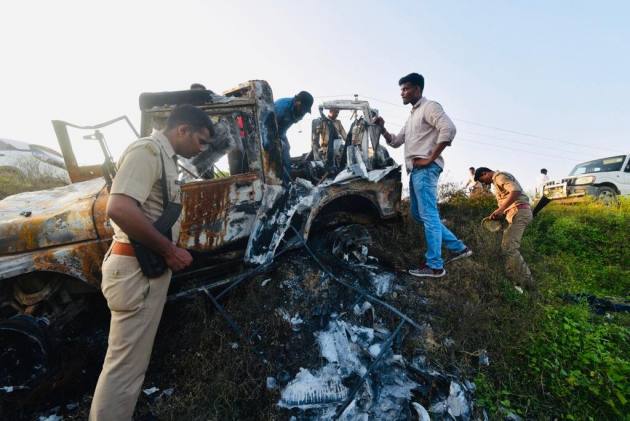 A charred jeep and a SUV, both symbols of untrammelled authority in the Hindi heartland -- lie on the roadside as testimony to the death of eight people including four farmers on October 3.

This road in Tikonia in the Nighasan area of Lakhimpur Kheri leads up to the Nepal border and on the route is the house of BJP MP and union minister of state for home Ajay Kumar Mishra. His son Ashish, popularly referred to as Monu bhaiya, is accused of driving one of the vehicles that mowed down four farmers, who were part of the peaceful protest. The angry protestors set two of the three vehicles in the cavalcade on fire, attacked and lynched three of the occupants in the vehicles. The eighth person, Raman Kashyap, who lost his life was a local journalist on duty. 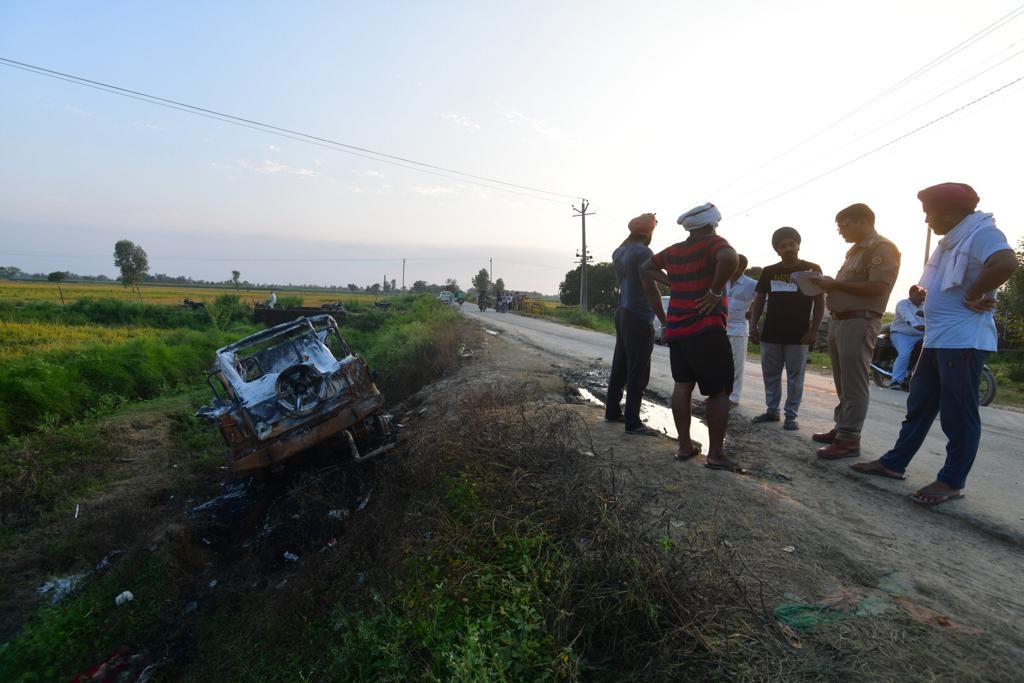 It was only on October 6 evening, on the third day after the incident that the police decided to go the spot and look for evidence. The bloodstains had been washed away in the rain. The fingerprints too had been erased by the fire. A broken pair of spectacles, mangled shoes, a tattered pair of jeans and some metal scrap were among the things that they recovered.

"We have found two cartridges too," said the Crime Branch officer Vidyaram Diwakar as he emerged from the jeep, a Thar. This gives credence to the accusations of the farmers that shots were fired at them from the vehicle.What took them so long to visit the spot? Ideally, a crime scene is to be santised immediately and declared out of bounds for everyone. In this case, the scene has been trampled upon by the locals and dozens of mediapersons visiting the spot.

Diwakar said they couldn't come earlier as it had been raining intermittently in the area.

"It could have been tampered by anyone. Powerful people are involved in this," said Iqbal Singh, a farmer and a resident of the area.

Sumit Kumar Pandey, the fingerprint expert in the forensics team of the Crime Branch at the scene of crime, told Outlook that they haven't found any prints in the vehicles. "It's all burnt. There are no fingerprints to be found," he said. Even the bloodstains had been washed away in the rain on October 4 and 5. "There are other evidences that we can find," assured Pandey.

He asked for a metal detector to be sent from the headquarters as there were pieces within the burnt debris that needed to be retrieved. "We will have to come again tomorrow for that," he said as the team left, leaving the scene unsecured and exposed.