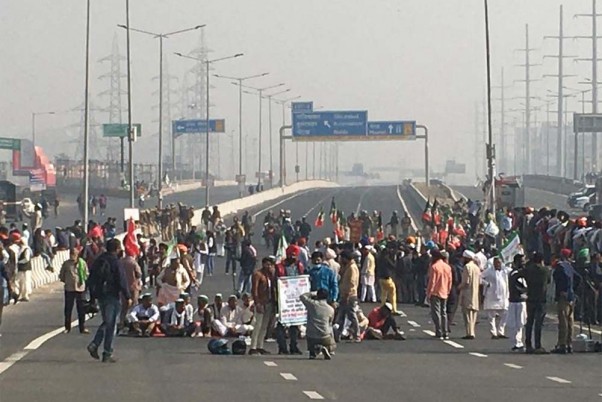 Workers of the AICCTU, CPI and student organisations on Tuesday blocked a highway in Maharashtra's Aurangabad district to extend their support to the Bharat Bandh called by farmers demanding repeal of the Centre's argi laws.

The police have detained volunteers from the All India Central Council of Trade Unions (AICCTU), Communist Party of India, Satyashodhak Vidyarthi Sangatana, Students Federation of India and other associations.

Roads To Take For Entering, Exiting Delhi-Haryana Ahead Of Farmers' Bharat Bandh Call

Protestors came together and blocked the Aurangabad-Jalgaon Highway at Delhi gate at around 12 pm, an official said.

The Aurangabad city police detained the agitators and took them to Begumpura police station, where further procedure is underway, the official said.

"We blocked the Aurangabad-Jalgaon road in support of farmers agitating in New Delhi. Farmers and their sons like me will keep agitating against the government till the newly passed laws are not taken back," said Nitin Wawhale, state joint secretary of Students Federation of India.

Criticising the Centre's policies, Buddhinath Baral, a member of National council of AICCTU said, "We support the farmers who are agitating in Delhi with this raasta roko in Aurangabad. The minimum price of commodities is decided by companies, but farmers can't decide prices of their yield."

The three laws at the centre of the farmer protests are the Farmers' Produce Trade and Commerce (Promotion and Facilitation) Act, 2020, Farmers (Empowerment and Protection) Agreement of Price Assurance and Farm Services Act, 2020 and The Essential Commodities (Amendment) Act, 2020.