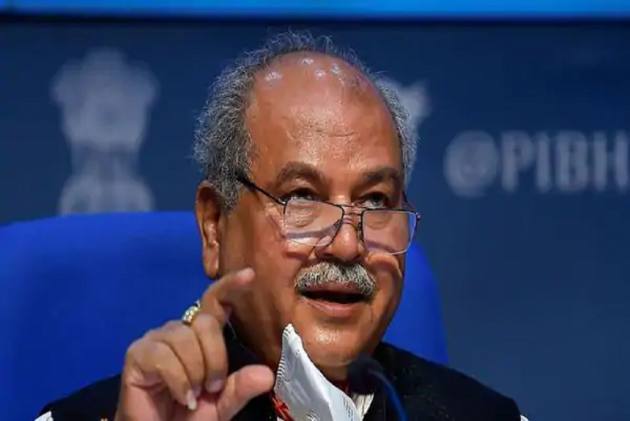 Agriculture Minister Narendra Singh Tomar on Friday released new operational guidelines for setting up and promotion of 10,000 FPOs in the country.

A Farmer Producer Organisation (FPO), formed by a group of farm producers, is a registered body with producers as shareholders of the organisation. It deals with business activities related to farm produce and works for the benefit of member producers.

The guidelines were released by Tomar during a meeting with agriculture ministers of states through video conferencing.

A total of 10,000 FPOs are to be formed in the country by 2023-24 and each FPO will be supported for five years. About Rs 6,866 crore will be spent for this purpose, an official statement quoted Tomar as saying in the meeting.

Highlighting the recent agri-reforms, the minister assured that all necessary support would be rendered to states to accelerate agriculture infrastructure development, promote FPOs and extend credit facilities to farmers through Kisan Credit Cards (KCC).

He said the Rs 1 lakh crore Agri-Infra Fund will be used for extending credit facility for setting up post-harvest infrastructure projects to reduce crop wastage.

On KCCs, the minister said there are about 6.67 crores active KCC accounts currently. A special drive has been initiated to register 2.5 crore farmers by the end of this year.

Agricultural ministers of states offered their support to the Centre in implementing farm programmes and reforms announced recently, the statement added.

Ministers of State for Agriculture Parshottam Rupala and Kailash Chaudhary and senior ministry officials were also present in the meeting.