In a joint statement, the two leaders said the Friday judgement of the apex court was a 'victory' to the party's long-pending and sustained plea on the OBC quota front, they said, adding it will enable increasing seats in medical admissions. 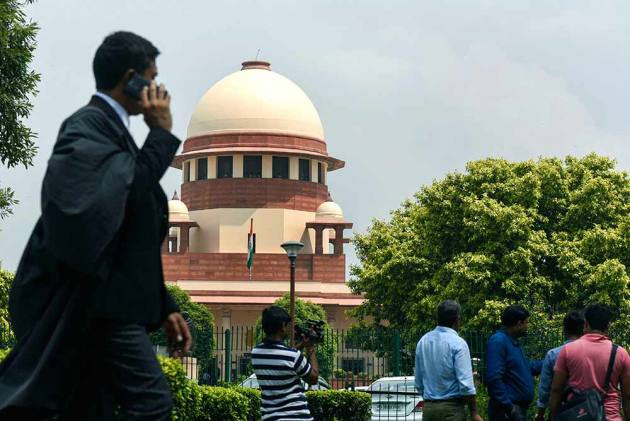 On Saturday, the AIADMK in Tamil Nadu welcomed the Supreme Court upholding the 27 per cent reservation in All India Quota (AIQ) seats for medical admissions, and claimed this was a victory for its sustained struggle on the quota issue. The main opposition party also lashed out at its rival, the ruling DMK for claiming credit in the matter, alleging it had not made the smallest effort in the quota issue. AIADMK Coordinator O Panneerselvam and Joint Coordinator K Palaniswami also vowed to oppose the 10 per cent EWS quota.

In a joint statement, the two leaders said the Friday judgement of the apex court was a 'victory' to the party's long-pending and sustained plea on the OBC quota front, they said, adding it will enable increasing seats in medical admissions. Claiming that the AIADMK had taken pioneering steps for the implementation of welfare measures for the socially and educationally backward sections of the population, they recalled reservation for the backward classes was increased from 31 per cent to 50 per cent during the rule of late Chief Minister M G Ramachandran in 1980, which has benefited the members in the areas of admission in professional education and government jobs.

Similarly, late chief minister J Jayalalithaa piloted an Assembly bill in 1990, urging the central government to increase OBC quota in jobs from the then announced 27 per cent to 50 per cent, they said. Subsequently, in 1993 she enacted a legislation in Tamil Nadu allowing a total of 69 percent reservation and ensured it was included in the Ninth Schedule of the Constitution and "thus ensured social justice," they added.

The party and its led government earlier moved the court against the non-provision of 27 per cent OBC quota in AIQ in medical admissions and the Madras High Court had in July 2020 directed the Centre to form a panel and decide on the matter, the two leaders recalled.
Subsequently, based on the panel's recommendations the Centre allotted reservation which was upheld by the SC on Friday, they said.

"This is a victory for the AIADMK's sustained struggle and insistence," they said and lashed out at the DMK, saying the party despite its presence in central governments for 17 years, did not take any effort in the matter but were suddenly claiming credit for the same.