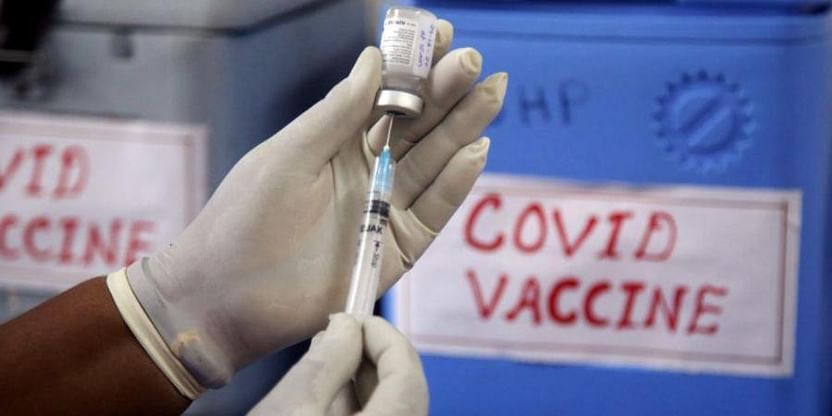 A senior epidemiologist at AIl India Institute of Medical Sciences (AIIMS), Dr Sanjay K Rai, who is the principal investigator of Covaxin trials for adults and children at the institute on Sunday termed the Centre's move to vaccinate children against Covid "unscientific" and said it will not yield any additional benefit.

Dr Rai, who is also the president of the Indian Public Health Association said that data from countries that have already implemented vaccination for children should be analysed before executing the plan in India.

In an address to the nation on Saturday night, Prime Minister Narendra Modi announced that vaccination against Covid-19 for children in the 15 to 18 age group will start from January 3.

This will reduce the worries of children going to schools and colleges and their parents, and boost the fight against the pandemic, he said, adding that the move is also likely to aid in normalisation of teaching in schools.

"I am a great fan of PM Modi for his selfless service to nation and taking right decisions at right time. But I am completely disappointed with his unscientific decision on children vaccination," Rai said in a tweet tagging the Prime Minister's Office.

Elaborating his viewpoint, Rai said there should be a clear-cut objective of any intervention. The objective is to either prevent coronavirus infection or severity or death.

"But according to whatever knowledge we have about vaccines, they are unable to make a significant dent in the infection. In some countries, people are getting infected even after taking booster shots.

"Also, 50,000 breakthrough infections are being reported per day in the UK. So this proves that vaccination is not preventing coronavirus infection but vaccines are effective in preventing severity and death," Rai told PTI.

He said mortality due to Covid-19 in susceptible populations is around 1.5 per cent, which means 15,000 deaths per million population.

Serious adverse events following immunisation are between 10 to 15 per million population, Rai said.

"So, if you do the risk and benefit analysis in adults, it is a huge benefit," he said.

In the case of children, he said, the severity of infection is very low and according to data available in the public domain, only two deaths per million population have been reported.

"In this section (children), 15,000 (people) are not dying and keeping in mind the adverse effects also, if you do the risk and benefit analysis, then the risk is more than the benefits based on the available data," Rai explained.

"Both the objectives are not being fulfilled by initiating vaccination among children," he said.

Few countries, including the US, started vaccinating children four-five months ago. The data of these countries should be analysed before initiating Covid vaccination for children, he said.