Aiming At A Guinness Record, This Indian Soldier Is On A Mission To Run 4,300 Km Under 50 Days

Naik Velu is an ultramarathoner who is attempting a Guinness World Record by running from Kashmir to Kanyakumari covering a distance of about 4,300 km under 50 days 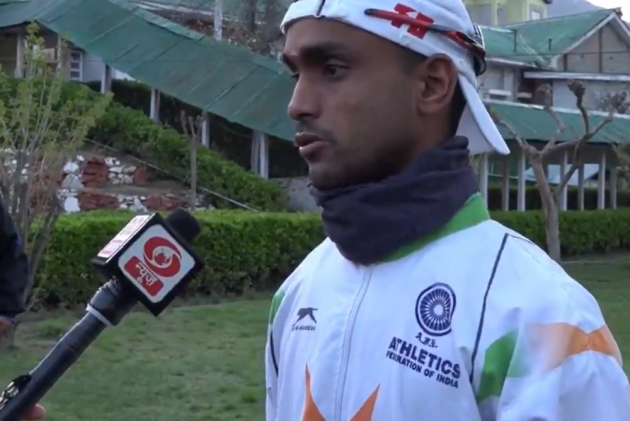 With setting a world record on his mind, soldier Naik Velu P might be successful in making his 30th birthday the most memorable. The soldier is on a mission to enter the Guinness Book of World Records by running from Kashmir to Kanyakumari in under 50 days!

#ChinarCorps wishes Naik Velu P all the very best for attempting Guinness record run from #Kashmir to Kanyakumari 4300 km in less than 50 days starting from today. Last year he ran 1600 km in 17 days setting up Asian record. We wish him good fortune in his new mission.@adgpi pic.twitter.com/dqsfyFTAvS

In June 2020, Velu emerged as the first Indian ultra-runner to complete 1,600 km in just 17 days, a feat which is in the process of being entered as an Asian record.

"Naik Velu, serving as a nursing assistant in the 60 Para Field Hospital, is an ultramarathoner who is attempting a Guinness World Record by running from Kashmir to Kanyakumari covering a distance of about 4,300 km under 50 days," Udhampur-based Army Public Relations Officer (PRO) Lieutenant Colonel Abhinav Navneet said.

To start this epic feat, he said Naik Velu, who is celebrating his 30th birthday on April 21, was flagged off from 92 Base Hospital in Srinagar on Friday with a heartwarming gathering of enthusiasts who accompanied him in his solo run for the initial five kilometres carrying the national flag and boosting his morale.

"To cover this mammoth distance from Kashmir to Kanyakumari in 50 days, Velu would be running 70-100 km per day, crossing major towns, cities and states," Lt Col Navneet said.

The PRO said Velu has already won many ultra-marathons, Tuffman runs and stadium runs across India.

After covering 200 km from his starting point, Naik left Udhampur headquarters at 7 am on Saturday and was given a grand welcome by Brigadier K J Singh, Commandant and all ranks at 166 Military Hospital, Jammu later in the afternoon.

“He is travelling with a message of 'Clean India- Green India' and also as an inspiration to the youth to be a strong contributor in 'Fit India' mission,” PRO Defence (Jammu) Lt Col Devender Anand said.

Later, he was flagged off by Brigadier Singh for his journey to Samba district and further onwards.

Born on April 21, 1991, in Krishnagiri (Tamil Nadu), he had earlier represented his state in athletics at the age of 13 and later joined the Army in December 2011. His first achievement in the Army was a gold medal in the cross-country 12.5 km run in 2012.

He subsequently shifted his interest to ultra-marathons and brought many laurels to the Army by making many such records.

He represents the Indian team of the Athletics Federation of India since 2016 and would be representing India in September for a stadium run at the World Championship in Romania, for which he had won a trial run of 24-hour stadium running held in Bengaluru, Lt Col Navneet said.