The aeroplane carrying 179 passengers and six crew members was cordoned off for safe landing at the Netaji Subhas Chandra Bose International Airport in Kolkata. 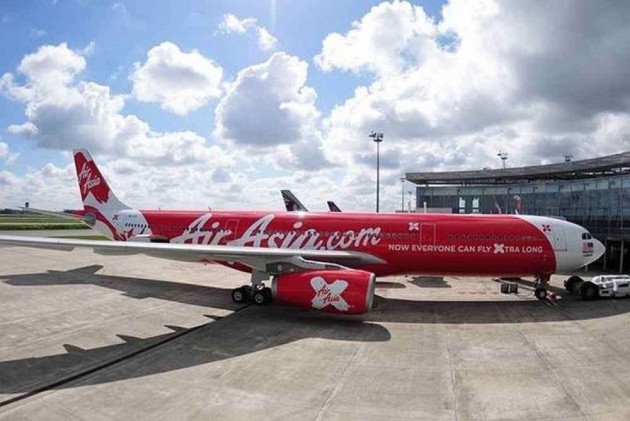 A Kolkata-bound Air Asia flight from Bagdogra made an emergency landing at the city airport Sunday evening after a threat call was received at the airlines' office at Bengaluru airport, a senior official said.

The aeroplane carrying 179 passengers and six crew members was cordoned off for safe landing at the Netaji Subhas Chandra Bose International Airport in Kolkata.

"The plane was escorted to a remote bay for a thorough check by the bomb disposal squad," the official told PTI, adding it turned out to be a hoax call as the authorities could not find any explosive material inside the plane.

"On 26.05.2019, around 1805 hrs, emergency was declared at Kolkata Airport after a threat call received at Bengaluru Airport for Air Asia I5-588 flight from Bagdogra to Kolkata. Emergency was called off at 1925 hrs. 187 passengers on board including crew members," a statement issued by the Kolkata Airport said.

"All the security checks are being carried out as per procedure. All passengers disembarked safely," it said.

The carrier's Bengaluru office received an anonymous call saying there was something suspicious inside its Kolkata-bound Bagdogra plane which could harm the passengers, the city airport official said.

"The Bengaluru office of Air Asia then informed our officials in Bagdogra, but by that time the flight had already taken off and was about to reach Kolkata. We were informed by the senior official at Bagdogra airport and an emergency was sounded immediately," he said.

A huge team comprising CISF's Quick Response officers and bomb disposal personnel, doctors and fire brigade officers cordoned off the area for safe landing of the flight, the official added.

"There was nothing inside the plane. I believe it was a hoax call. All the passengers are safe and sound," he said.

Air Asia could not be contacted as calls to their city office went unanswered.