Delhi air pollution: The Supreme Court said Delhi government’s ‘Red light on, Gaadi off’ campaign is ‘nothing’, but only a ‘popular slogan’, while saying the later had made various assurances including work from home and lockdown. 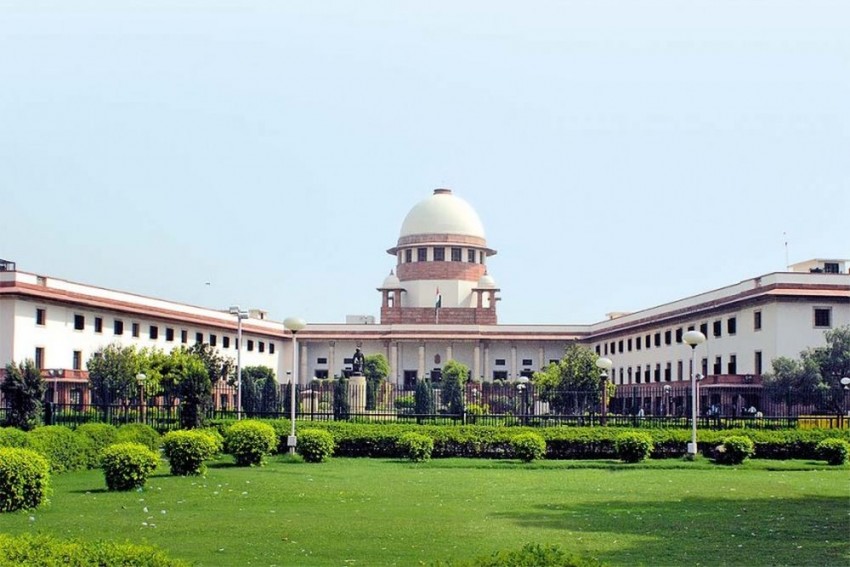 The Supreme Court on Thursday lashed out at Delhi government over its ‘Red light on, Gaadi off’ campaign, which the later had said will curb vehicular pollution.

The apex Court termed the Delhi government’s campaign as “nothing” but only a “popular slogan”.

A special bench headed by Chief Justice N V Ramana said the Aam Aadmi Party government had made various assurances such as work from home, lockdown, and closure of schools and colleges in the previous hearings.

However, despite these assurances, the Court said the children were are going to school,while elders are working from home.

"Poor young boys standing in the middle of the road with banners, who is taking care of their health? Again, we've to say, other than the popularity slogan, what else is it?" the bench also comprising Justices D Y Chandrachud and Surya Kant said.

Senior advocate Abhishek Manu Singhvi, appearing for the Delhi government, referred to the affidavit and said the government had taken various measures.

" This is another cause of pollution, so many affidavits daily," the bench then remarked.

"Is it disclosed in the affidavit how many of these young boys are on the road? For publicity? A young boy standing in the middle of the road with a banner in hand. What is this? Someone has to take care of their health," the bench quipped.

In response, Singhvi said the "boys" were civil volunteers.

Chief Minister Arvind Kejriwal had initiated the 'Red Light On, Gaadi Off' campaign from October 21 to November 15, saying that even if 10 lakh vehicles in the city joined the campaign, the PM10 levels would fall by 1.5 tonnes and PM2.5 by 0.4 tonnes in a year.

Under the initiative, government officials from the transport department, volunteers and traffic police urge commuters to switch off their vehicles while waiting for the traffic light to turn green.

The government then extended the campaign till November 30. (With PTI inputs)