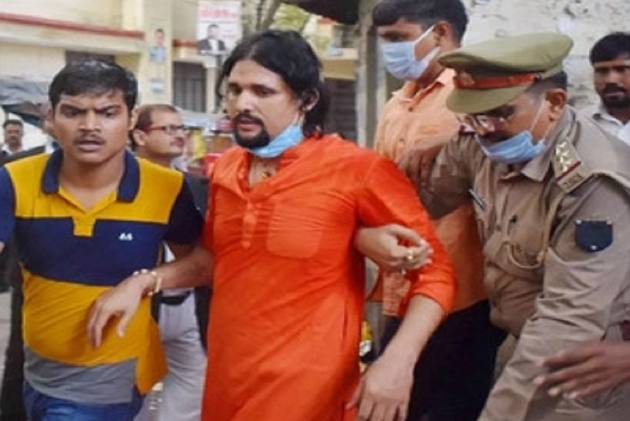 Senior Jail Superintendent P N Pandey of the Naini Central Jail, where the trio had been lodged since their arrests last week, was handed over to the CBI custody.

Before handing them over to the CBI, all three were medically examined during which they were not found having any injury, said the jail superintendent, adding they would be examined again after their seven-day CBI custody gets over on October 4.

Allahabad CJM Harendra Nath had on Monday remanded the three to the CBI custody, starting from 9 am on Tuesday till 5 pm on October 4.

A woman advocate, meanwhile, moved the Allahabad High Court, seeking its monitoring of the CBI probe into the case of alleged suicide by the Akhara Parishad chief.

If the high court decides to monitor the CBI probe and keeps directing the agency over various aspects of the investigation, it would result in an expeditious investigation, advocate Shahar Naqvi, also a social activist, told reporters here.

She said she has filed the plea through an e-mail to the court with the request to treat it as a public interest lawsuit.

The advocate said the faith of lakhs of people is linked to the Akhara Parishad and if the CBI probe is done under the high court’s supervision, it would add credence to the probe report.

Narendra Giri was found hanging from the ceiling of his room in Shri Baghambari Gaddi under the Geoge Town police station area on September 20.

In his suicide note, the deceased had named the three, accusing them of mentally harassing him, following which the police had lodged an FIR under section 306 of the Indian Penal Code on charges of abetting the suicide.

The Uttar Pradesh police had arrested Anand Giri and Adya Tiwari the very next day on September 21 after the Akhara Parishad chief was found dead in his room.

The third accused and Tiwari’s son Sandeep was arrested on September 22 and all three of them were remanded to judicial custody after their arrests.

The CBI took the probe into the case on the Uttar Pradesh government’s recommendation.