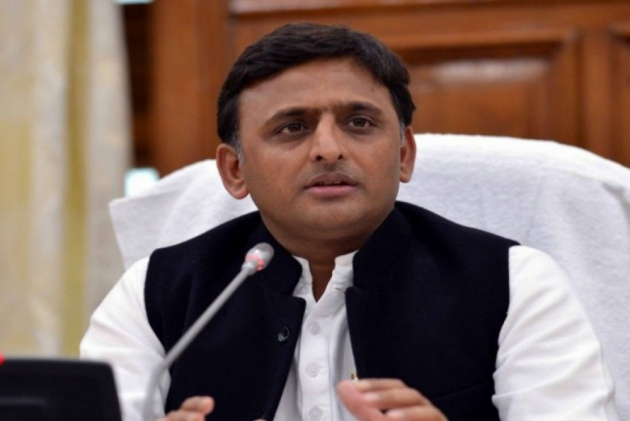 Samajwadi Party leader Akhilesh Yadav’s alliance with Om Prakash Rajbhar’s Suheldev Bharatiya Samaj Party (SBSP) before the Uttar Pradesh polls is aimed at benefitting from support from the community spread south of the Ghaghra in east UP.

This marks a crucial move by Yadav to dent the most backward castes’ base of the BJP in places like Ballia, Ghazipur, Mau, Azamgarh and Varanasi. Rajbhar was earlier a BJP ally but had ended the alliance in 2019.

A month ago, Yadav struck an alliance with the Mahan Dal of Keshav Dev Maurya in order to reach out to the votes of most backward groups like Mauryas, Sainis, Sakyas, Kushwahas and Kambojs in various parts of UP.

“This community was with the BSP in the early 1990s but has shifted to the BJP in recent years,” says political scientist Sajjan Kumar. “It was never with SP in the past.”

“Apart from SBSP and Mahan Dal, we have also struck an alliance with Dr. Sanjay Chauhan’s party, which holds influence on the Nuniya community,” Samajwadi Party MLC from UP Udaiveer Singh told Outlook. “We are looking for all steps to reach out to the backward sections. Akhilesh Yadav ji also held a public meeting among the most backward caste of Kashyaps in Budhana near Muzaffarnagar days back.”

An SP leader said on condition of anonymity: “It is clear that we have to wean away the most backward groups from the BJP. The BJP made it a deliberate Yadav vs non-Yadav campaign last time and got the most backward votes. This time our strategy is to get these back. The upper castes, the Yadavs, the Jatavs and Muslims are more or less decided. The one who gets the most backward castes will win.”

Unlike Bihar, Uttar Pradesh has no formal Most Backward Caste or Extremely Backward Caste category. However, political parties have been reaching out to smaller backward castes over the years, as they together add up to a large, silent, chunk of voters.

If Anupriya Patel of Apna Dal, a party of Kurmis, is a BJP ally, SP is trying to strike an alliance with the other faction of Apna Dal under Krishna Patel, sources say.

Observers feel that the smaller OBC castes, which were earlier with SP in significant numbers and shifted to the BSP to a reasonable extent in 2007, gradually shifted to the BJP over the last seven years because of the perception that Yadavs had cornered most benefits when SP was in power.

However, the challenge before Akhilesh Yadav is huge. In the recent UP council of ministers reshuffle, Yogi Adityanath included three OBCs, two SCs, one ST and one Brahmin among his seven new ministers.

Even in the Union council of ministers reshuffle months back, more than 50-percent of the new inductees were from non-dominant OBC and marginal Dalit communities.

Whichever way the battle for UP goes, most backward castes’ outreach is going to be a key strategy of both the BJP and SP.