The Aligarh district administration has taken this step as a precautionary measure to prevent any disturbance, a senior official said on Sunday. 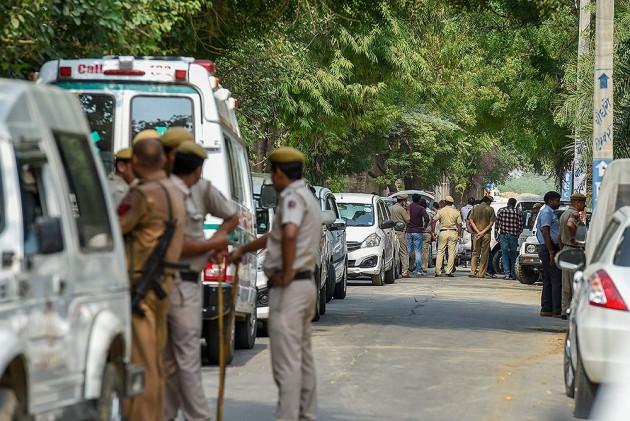 The Aligarh administration has put a blanket ban on holding religious functions on roads.

The decision came after some Hindutva groups planned the recital of Hanuman Chalisa to protest the offering of namaz on roads.

The district administration has taken this step as a precautionary measure to prevent any disturbance, a senior official said on Sunday.

The district administration swung into action last week after some Hindutva groups, including the Hindu Jagran Manch, announced to hold "aartis" and recite Hanuman Chalisa on roads every Tuesday.

These outfits had been opposing the offering of namaz by Muslims on roads during the Friday prayers.

The decision of the Aligarh administration, however, did not go down well with leaders of the Hindu Jagran Manch, who announced that they would "defy the ban".

The state general secretary of the Hindu outfit, Surendra Singh Bhagor, publicly challenged the authorities and threatened the Aligarh DM for having banned all religious gatherings on roads.

In a statement on Friday, he had warned DM Chandrabhushan Singh against going ahead with his order of banning the "recital of Hanuman Chalisa".

After the video clip of his warning went viral on Saturday, he was booked under Sections 147 and 506 (criminal intimidation) and 153 (provocation to cause rioting) of the IPC, the official said, adding that further investigation was on.