Aligarh Murder Accused Raped His Minor Daughter In 2014, Was Out On Bail: Report

Criminal antecedents of the accused have come to light days after the decomposed body of the toddler, missing since May 30, was discovered at a dump yard by villagers. 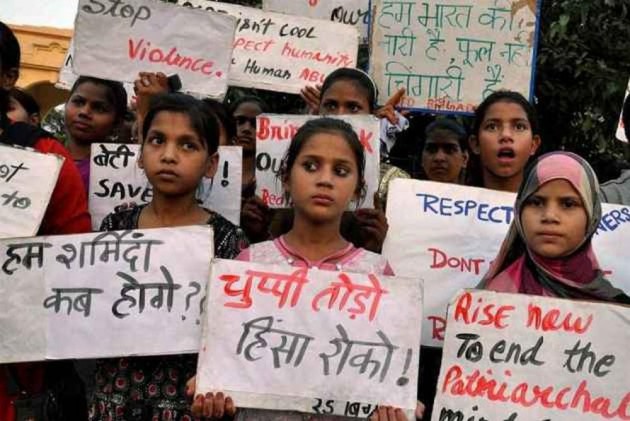 Four people, including the wife of prime accused Zahid, have been arrested so far in the murder case of a 2-year-old child in Uttar Pradesh's Aligarh district, and a report on Saturday claimed that one of the accused had raped his own daughter in 2014.

Criminal antecedents of the accused have come to light days after the decomposed body of the toddler, missing since May 30, was discovered at a dump yard by villagers.

"He (the man) was charged with raping his minor daughter in 2014. He is out on bail," Akash Kulhari, a senior police officer, told NDTV.

"The body was wrapped in a cloth belonging to Zahid's wife. We have met the victim's family and they have demanded that the accused should be hanged till death. Charge-sheet to be filed," Kulhari told ANI.

Rights activists, politicians and Bollywood actors have expressed shock over the unfortunate incident and demanded the perpetrators be brought to justice.

Two accused -- Zahid and Aslam -- were arrested on Thursday.

The police, on June 5, that the girl was abducted and killed over a financial dispute her father had with Zahid.

The Uttar Pradesh Police on Friday constituted a special investigation team (SIT) to probe the murder of the minor.

"An SIT has been formed under the Superintendent of Police, Rural Area (SPRA). A forensic science team, the Special Operations Group (SOG) and a team of experts have been included in the SIT to conduct the investigation on a fast-track basis. The POCSO Act will also be there in the case," ADG (Law and Order) Anand Kumar said.

A postmortem was conducted under the supervision of a three-doctor team which confirmed that she was strangulated but ruled out the possibility of rape.