The by-elections to Mandi Lok Sabha seat and three other assembly constituencies ,are slated for October 30 and will be an acid test for Chief Minister Jai Ram Thakur, who hails from Mandi. 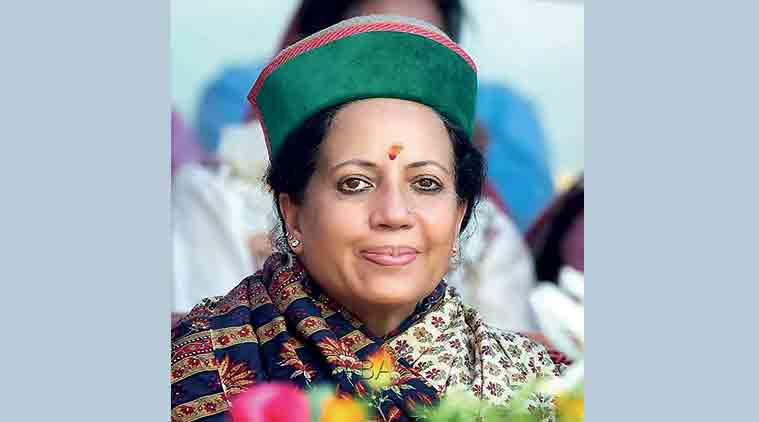 When he was alive, six-time former Chief Minister Virbhadra Singh remained a potential rallying point to vote-out the BJP from power every five years after its rule in Himachal Pradesh, a state frequented by both –BJP and Congress swapping the power.

Congress stalwart  Virbhadra Singh's demise is expected to  become a key factor in the  by-election battle of the Mandi Parliamentary seat in which his wife Pratibha Singh will be fighting against the well-entrenched BJP .

The by-elections to Mandi Lok Sabha seat and three other assembly constituencies ,are slated for October 30  and will be an acid test for Chief Minister Jai Ram Thakur, who hails from Mandi.

In 2014 parliamentary polls , name of Jai Ram Thakur was proposed by the party but he did not contest .The destiny favoured Ram Swaroop Sharma , a RSS whole-timer and then BJP vice-president ,who won the seat defeating Pratibha Singh in the Modi-wave .Yet again in 2019, he was re-elected to Lok Sabha with a record margin.

The by-elections since being held nearly an year before the state goes to the next assembly polls (alongwith Gujarat) will be quite a signal as which the winds are blowing in the state .

“Will the BJP make it to Mission 2022 or fail in its bid to break the long accepted myth about ruling party not returning back ,are two basic questions though much will depend on who leads the congress to the poll in absence of Virbhadra Singh” admits a senior BJP minister .

The Congress ' poll committee meeting has already been convened  to finalise the names of the candidates for all four by-election .

Insiders term it as symbolic because name of Pratibha Singh is already done while three others for Arki –the seat having fallen vacant because of Virbhadra Singh’s demise , Jubbal Kotkhai vacant after death of BJP senior Narinder Bragta and bypoll at Fatehpur in Kangra resulted by death of Congress veteran Sujanpur Singh Pathania, are also finalised .

All eyes will remain on the BJP's proposed candidate to contest the Mandi parliamentary constituency .The BJP is closely watching the Congress's  moves on Pratibha Singh ,who could be quite a strong contender encashing on the sympathy factor of her husband Virbhadra Singh .

Pratibha Singh believes that her husband ,who enjoyed a massive support base in Mandi as being his own Lok Sabha constituency for times he had won here, will be the biggest blessing for her to emerge on the political horizon of the state to carry forward her husband's legacy.

She also sees the congress route to power in 2022 through Mandi win .

Virbhadra Singh's son Vikramaditya Singh had already toured Mandi to gauge the public mood .In Fact got a huge response  which motivated the family to take the plunge .

Only other contender against her is Aashray Sharma ,grandson of former Communication minister Pt Sukh Ram .Sharma had contested the Mandi Parliamentary seat in 2019 but lost badly.

If Pratibha Singh is declared as congress candidate ,the BJP may pitch on one of two cabinet ministers –Mohinder Singh and Govind Singh Thakur .There could be a third surprise too if the RSS favours its choice .