The government on Monday introduced, 'The Farmers' Produce Trade And Commerce (Promotion And Facilitation) Bill' along with two other bills, to replace the ordinances promulgated earlier. 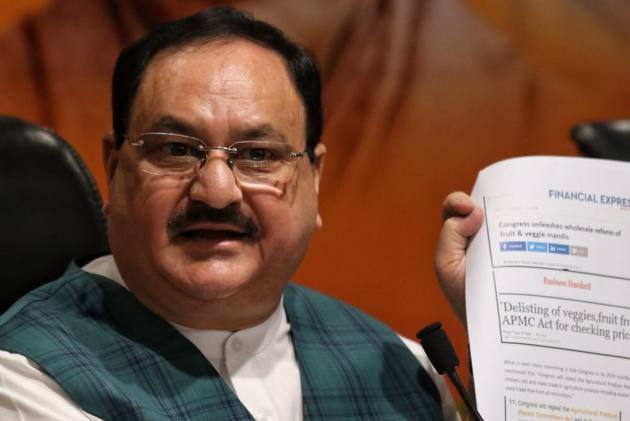 The three bills related to agriculture introduced by the Modi government in Parliament will boost production and help farmers get better prices for the produce, BJP president J P Nadda said on Wednesday.

Underlining that farmers are at the core of the government's policies, Nadda, addressing a press conference at the BJP headquarters, said all three farm sector bills are far-sighted and will boost agriculture production.

When asked about the minimum support price (MSP), the BJP leader asserted that it would continue to stay.

The government on Monday introduced 'The Farmers' Produce Trade And Commerce (Promotion And Facilitation) Bill', 'The Farmers (Empowerment and Protection) Agreement on Price Assurance and Farm Services Bill', and 'The Essential Commodities (Amendment) Bill' to replace the ordinances promulgated earlier.

These bills will help farmers get betters price for their produce through a transparent system, Nadda said.

Taking on the Congress, he said the party's opposition to the bills was nothing but politics. The BJP is doing what the opposition party had promised in its manifesto, Nadda added.

On the issue of the Akali Dal, an ally of the BJP, opposing the bill, Nadda said, "We have spoken to Akali Dal and have addressed its concerns."