The national tiger count, which takes place once after every four years to estimate the total number of tigers in India, began this year with a two-day training program attended by wildlife experts and conservationists who will be embarking on the three-month survey. 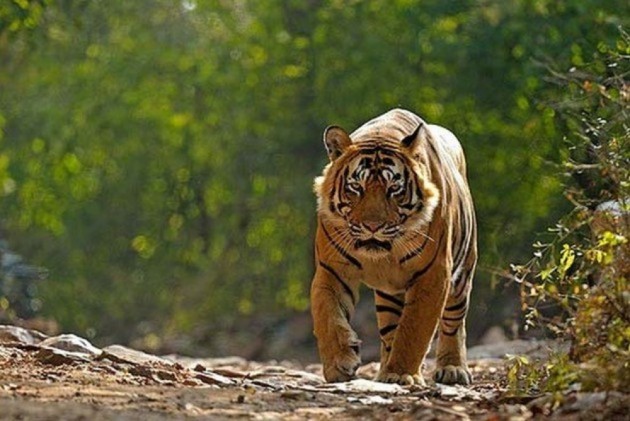 With the highest number of tigers as recorded in the last census in 2018, the state of Madhya Pradesh is set to embark on a three-month-long survey to count all the tigers in India.

The national tiger census is conducted once in every four years. This year, the All India Tiger Estimation 2022 began with a training programme of forest and wildlife experts who will be undertaking the laborious survey, which is set to start next month. The two-day training programme, which concluded on Sunday, was held at the Pachmarhi in Hoshangabad district, located about 200 km from the state capital Bhopal. Various forest officials and experts from the Wildlife Institute of India (WII), Dehradun, attended the programme, a forest official said in a statement.

“This year, the survey will be carried out for three months from October to December. The tiger estimation will be conducted in three phases,” the official said.

'With Around 3,000 Tigers, India One Of The Safest Habitats In The World': PM Modi

In the first phase, evidence related to the presence of carnivorous and herbivorous wild animals in all forest areas of Madhya Pradesh and other states will be collected, he said.

The second phase will include scientific study through the GIS (geographic information system) map, while in the third phase, (the images of) wild animals will be captured in camera traps placed in forest areas, the official said.

According to the official, this time the tiger estimation will be carried out by collecting data through a mobile app, M-STrIPES, instead of paperwork.

Along with this, emphasis is being laid on the counting of carnivorous and herbivorous wild animals in a phased manner in various forest divisions, apart from the tiger reserves. The field staff members are being trained for the census, the official said.

Earlier, Madhya Pradesh had lost the ''tiger state'' tag to Karnataka in the All India Tiger Estimation exercise of 2010.

Officials believe that the number of striped animals had then dipped in MP primarily due to alleged poaching in the Panna Tiger Reserve, which lost all its big cat population in 2009.
In the 2014 tiger census, MP slipped to third position in the country with a population of 308 striped animals, after Uttarakhand (340) and Karnataka (408).

But, Madhya Pradesh regained the top position in the 2018 tiger census with a population of 526 tigers, two more than Karnataka.

MP has a number of tiger reserves, including Kanha, Bandhavgarh, Pench, Satpura and Panna.