Alleging Discrimination, Thousands Of Dalits To Convert To Islam In Tamil Nadu

It is the same village where a compound wall had collapsed on December 2 due to incessant rains. Seventeen Dalits had died in the incident. 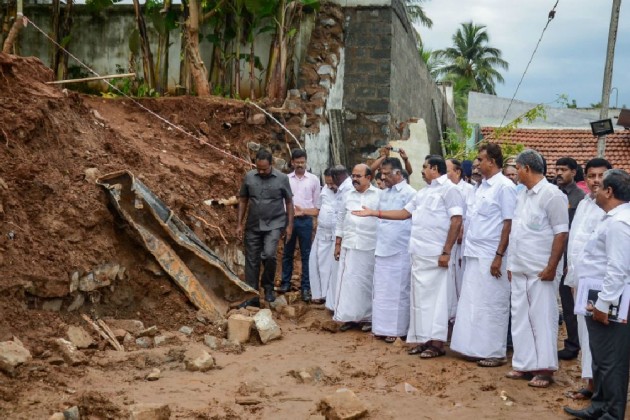 Alleging discrimination, thousands of Dalits in a Tamil Nadu village have announced they will convert to Islam.

More than 2,000 members of Tamil Puligal Katchi outfit, during a meeting on Sunday, said they will embrace Islam on January 5 and cited injustice meted out to Dalits in Nadur village near Coimbatore as a reason.

It is the same village where a compound wall had collapsed on December 2 due to incessant rains. Seventeen Dalits had died in the incident.

The Dalits had demanded action against the owner of the building and said that the wall was built with ulterior motives as it had no pillars for support. The Tamil Puligal Katchi had been at the forefront to demand justice for the victims.

Though the police filed a case against and arrested the accused who had built the wall to segregate Dalits from his residence, he was recently released on bail.

Soon after he walked out of the jail, the Dalits of Nadur village announced to embrace Islam, saying they were being discriminated by the police as it had failed to book the accused under the SC/ST (Prevention of Atrocities) Act.

The Dalits said the wall was discriminatory in nature, warranting action under the SC/ST Act.