Alliance Politics Is All About Accommodation, Adjustments: Ram Madav

Ram Madav comments come in the wake of the resentment expressed by BJP ally Apna Patel in Uttar Pradesh which has accused the saffron party of not respecting small allies. 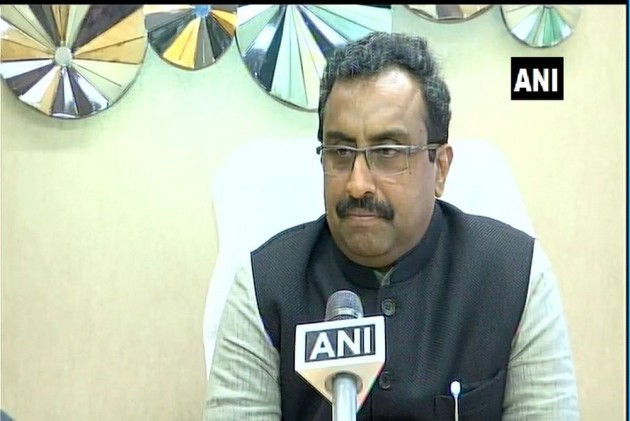 The Bharatiya Janata Party (BJP) on Wednesday said alliance politics is all about accommodation and adjustments and there was nothing new about such developments before elections.

Ram Madhav, BJP: Alliance politics is all about accommodation and adjustment and for that BJP is ready. It is true that certain smaller allies like Kushwaha have decided to leave us but we’re working on bringing new allies into our fold especially in South India & Eastern India. pic.twitter.com/cx4gtL3CYH

"We have completed seat-sharing arrangements with allies in Bihar only last week and we will certainly.... Alliance politics is all about accommodation and adjustments. It is true smaller parties like RLSP in Bihar have left us," said BJP General Secretary Ram Madhav.

"But we are also getting new allies in south India and eastern India. It is something that happens before elections and it is nothing new," Madhav said.

Ram Madhav,BJP: Rahul Gandhi is leader of Congress. It's for them to decide if his leadership is beneficial to them or not. How can we comment on his leadership for Congress?He tried his electoral mettle in recent polls&brought some victories to Congress,there’s no doubt about it pic.twitter.com/CJTIQdgmwB

Ahead Of 2019 Battle, BJP In A Soul-Search Mode

His comments come in the wake of the resentment expressed by BJP ally Apna Patel in Uttar Pradesh which has accused the saffron party of not respecting small allies. The party has two MPs, one of whom is Anupriya Patel, who is union Minister of State for Health.