Alpesh Thakor had resigned from the Congress in April, apparently after being unhappy with the local party leadership for not considering him for a ticket from the Patan Lok Sabha seat. 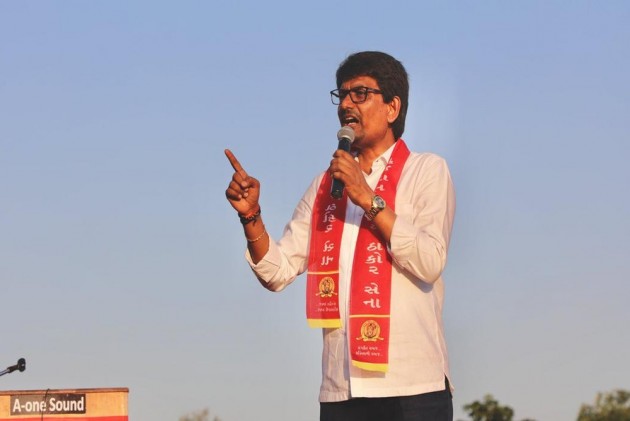 Thakor, the MLA from Radhanpur in Patan district, had quit the Congress before the 2019 Lok Sabha polls.

Thakor met Patel at his Gandhinagar office for about about half an hour, BJP sources said.

The OBC leader's associate and Congress MLA from Bayad Dhavalsinh Zala was also present at the meeting, they said.

However, what transpired in the meeting was not known as both Thakor and Zala could not be contacted despite repeated attempts.

The BJP appeared reluctant to provide details and speculate on the OBC leader's future course of action.

"There is no such development with regards to Alpesh Thakor (on joining the BJP) The meeting might be for some other reason as he is an MLA," state BJP spokesperson Bharat Pandya said.

However, speculation is rife among sections in both the Congress and the BJP here that he may be headed towards the saffron camp.

Thakor had resigned from the Congress in April, apparently after being unhappy with the local party leadership for not considering him for ticket from the Patan Lok Sabha seat.

The Congress chose former MP Jagdish Thakor over him from Patan.

The Congress had also ignored Thakor's demand for ticket to a member of his outfit, the Thakor Sena, from the Banaskantha Lok Sabha seat.

After emerging as a prominent OBC leader in Gujarat, he had joined the opposition party before the 2017 state polls and won from the Radhanpur Assembly seat.

Before quitting the Congress, he had met party president Rahul Gandhi and conveyed his displeasure against the functioning of the state leadership.

The OBC leader, who continues to be MLA, had claimed his community and supporters were feeling "cheated" and "ignored" by the Congress.

The BJP won all the 26 Lok Sabha seats in Gujarat in the just concluded general elections.