Amid Protests, Bill Introduced In Andhra Pradesh Assembly To Aid Plan For 3 Capitals

Opposition parties and citizens are protesting the government's move to relocate the state capital from Amaravati to Visakhapatnam. 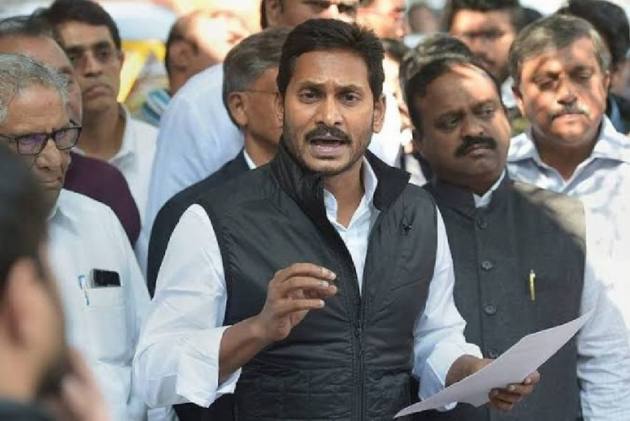 Amid protests, the Y S Jagan Mohan Reddy government on Monday introduced a Bill in the Andhra Pradesh Legislative Assembly to give shape to its plan of having three capitals for the state, with the executive capital in Visakhapatnam, Legislative capital in Amaravati and judicial capital in Kurnool.

The AP Decentralisation and Inclusive Development of All Regions Bill, 2020, also provides for dividing the state into various zones and establishing zonal planning and development boards.

The village and (municipal) ward secretariats system that the government brought in in October last year now gets statutory backing as it has been made part of the new Bill.

The Andhra Pradesh Council of Ministers met on Monday morning ahead of the special session of the state Assembly to be held on the same day where the fate and the future of the state capital was decided.

All other political parties and citizens at large are staunchly opposed to the government's plan to relocate the state capital from Amaravati to Visakhapatnam, as already indicated by the Chief Minister on the floor of the Assembly on December 17.

Before the special session of the Assembly and the sensitive decision on the state capital, the state government deployed heavy police force in Amravati to maintain law and order. The villages that fall in the way to Assembly were being guarded by police personnel.

Tension prevailed at 'Dharna Chowk' as the Amaravati Joint Action Committee (JAC) leaders marched towards the state assembly and the police tried to stop them.

The JAC leaders expressed anger that police were illegally arresting those who were protesting peacefully. Former MP Maganti Babu, other JAC leaders, and other participants in the march including women were arrested and taken to police stations at different places.

Meanwhile, TDP Chief N Chandrababu Naidu held a protest near the Andhra Pradesh assembly against the proposal of three capitals and demanded that Amaravati be retained as the sole capital for the state.

He along with TDP MLAs walked in and sat on the steps in front of the assembly. Later he and the TDP MLAs entered the house.

Meanwhile, several TDP leaders and former MLAs have been put under house arrest.

Naidu said, "House arrest of party leaders and Amaravati JAC leaders is condemnable. Suppression of public voice is undemocratic and against the Constitution. Even during the Emergency, it was much better."

In the wake of the ''Chalo Assembly'' call against the state government by Amaravati Parirakahana Samiti and TDP, the police have detained and house arrested TDP leaders from across the state late night, ANI reported.

"Every citizen has the right to protest, and nobody has the power to prevent fundamental rights. YSRCP government is acting in such a way that the fundamental constitutional principles are being violated," Naidu said.

How the government is seeking to go ahead with its plans to shift the state capital remains a closely-guarded secret but, given any opportunity, the principal opposition Telugu Desam is determined to derail the process by showing its strength in the Legislative Council.

The YSRC may be having a brute majority of 151 in the 175-member Assembly but it's in a woeful minority in the 58-member Council, with its numbers being just nine.

With 28 members, and possible support of BJP and others, the TDP could effectively stall, albeit temporarily, any legislation intended to alter the status quo vis--vis the capital.

Wary of this, the government has not let its strategy known so far though indications are that it may bring in a Money Bill to foil the opposition attempts.

But the (draft) Money Bill has to be first approved by the Cabinet and sent to the Governor for clearance before it is tabled in the Assembly, government sources said.