Chief Minister Amarinder Singh has also written to his counterpart in Meghalaya Conrad Sangma to ensure all necessary steps to provide protection to the Punjabis settled there. 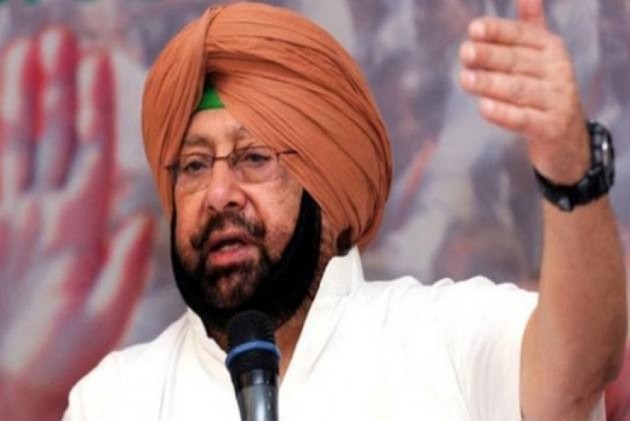 The Punjab government Saturday decided to send a four-member delegation to Meghalaya following reports that Punjabis living in the northeastern state have been asked to leave by the authorities there.

Chief Minister Amarinder Singh has also written to his counterpart in Meghalaya Conrad Sangma to ensure all necessary steps to provide protection to the Punjabis settled there.

The four-member delegation will be led by Punjab minister Sukhbinder Singh Sarkaria. MPs Ravneet Singh Bittu and Jasbir Singh Gill along with MLA Kuldeep Singh Vaid will be a part of the delegation. D S Mangat, Special Secretary, Planning, has also been directed to accompany the group, an official spokesperson said in Chandigarh.

They will meet Sangma and other officials in the northeastern state, he said.

The directions come amid media reports that the Punjabis settled in Meghalaya have received "threats" from local terrorist organisations which warned them of dire consequences if they resisted the state government's attempts to evict them.

"These reports have naturally caused great concern back in Punjab as these families have been settled in Shillong long before the country's independence," Amarinder wrote in a letter to Sangma requesting him to initiate urgent measures to instil a sense of security among the Punjabi settlers.

Underlining the sensitivity of the issue, the Punjab chief minister said it was important that the matter be not allowed to acquire a religious or parochial colour.

The development comes after the Meghalaya government had on Thursday submitted its report to the Ministry of Home Affairs "assuring the safety" of Punjabi settlers in Shillong.

An incident of assault in Punjabi Lane area of Shillong in May last year had resulted in group clashes following which it was put under curfew for over a month.

Punjabi Lane is inhabited by people from Punjab, who were brought to Shillong around 200 years ago by the British to work as cleaners and sweepers.

According to reports, the authorities have served notices to the residents of Punjabi Lane directing them to furnish documents by July 3 to prove that they had settled in the area legally.

In his letter, Amarinder also referred to a visit by the Punjab government representatives to Meghalaya last year on the same issue.

The delegation had met the Punjabis living in the state as well as other officials in the government and was assured by all quarters that due regard would be taken not to displace them.