In his letter, the eminent economist thanked West Bengal CM Mamata Banerjee for taking out time from her busy schedule, and supporting 'people under attack' 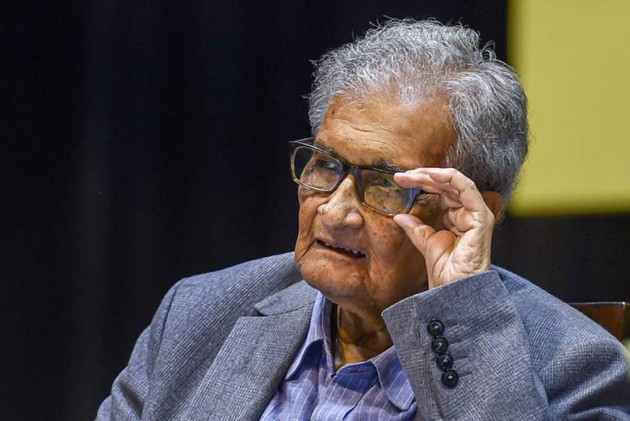 Nobel laureate Amartya Sen on Monday thanked West Bengal Chief Minister Mamata Banerjee for supporting him after his family was accused by officials at the Visva Bharati University of being in "illegal" possession of land on the campus, and said her strong voice is a tremendous source of strength for him.

In his letter, the eminent economist thanked Mamata for taking out time from her busy schedule, and "reassuring people under attack".

"I am very happy indeed to get your wonderfully supportive letter. I am not only most touched, but also very reassured that despite the busy life you have to lead, you can find time for reassuring people under attack. Your strong voice, along with your full understanding of what is going on, is for me, a tremendous source of strength.

"May I send you my deep appreciation of the warmth of your extremely kind letter. I also take the liberty of conveying to you as my thanks as well as my personal affection and admiration," Sen wrote.

A huge controversy had erupted last Thursday, the day Prime Minister Narendra Modi addressed the centenary function of Visva Bharati when media reported that the university has written to the West Bengal government alleging dozens of land parcels owned by it were wrongfully recorded in the names of private parties, including Sen.

The Nobel laureate had said that the university land on which Sen’s house stands is on a long-term lease.

The chief minister had reacted angrily to the media reports, saying Sen was being subjected to "such vicious attack by the present university authorities because of his ideological anti-BJP stance".

Mamata had offered an apology to Sen on behalf of the state and also wrote a letter to him, asking him to consider her as his "sister and friend" in his war against "intolerance and totalitarianism".

The noted economist had accused the Visva Bharati vice-chancellor of acting at the behest of the Centre "with its growing control over Bengal".