He also said the Modi government sustained the 'high economic growth' achieved during the UPA regime, but that did not translate into jobs, poverty elimination and better healthcare and education for all. 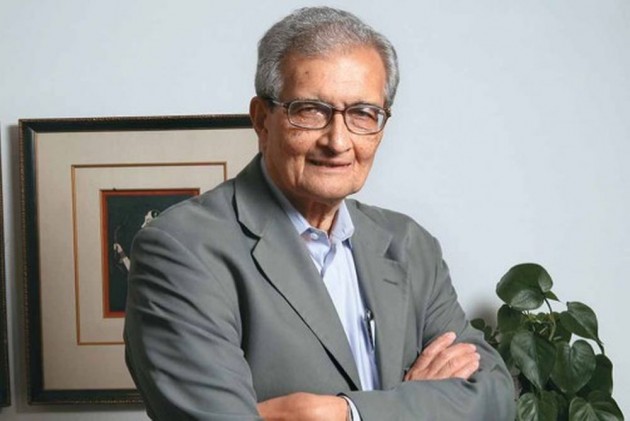 Nobel laureate economist Amartya Sen Wednesday described the proposed 10 per cent reservation for economically backward people in the general category as a "muddled thinking" that raises serious question about its political and economic impact.

He also said the Modi government sustained the "high economic growth" achieved during the UPA regime, but that did not translate into jobs, poverty elimination and better healthcare and education for all.

On the government's move to provide 10 per cent reservation in jobs and educational institutions to economically weaker sections in the general category, Sen said, "The reservation for the low income upper caste is a different problem."

"If the whole of the population is covered by reservation then that would be removal of reservation," he told PTI in an exclusive interview.

The economist said the Modi government was successful in maintaining the economic growth India achieved before they came to power.

"(Prime Minister Narendra) Modi can say 'yes we have continued that'. There has not been a big reduction in the economic growth of India," he said.

But the benefits of economic growth in terms of generation of employment, inequality reduction, poverty elimination, better healthcare and education for all cannot be seen on the ground though the economic growth has continued at a high rate, he said.

The economist was also critical of demonetisation and the way Good and Services Tax (GST) was implemented.

"We don't have to bring in the electoral success and failure in order to be able to say that demonetisation was a pretty negative and pretty bad economic policy and the way the GST has been imposed was also very defective," Sen said.

Asked if these two led to the BJP's defeat in the recently-held Assembly elections in five states, he said that requires an electoral study which he had not done.