On December 10, Abhijit Banerjee, Esther Duflo and Michael Cremar will be honoured at the Stockholm Concert Hall, and all eyes are now set on what this year's laureates will be gifting the museum. 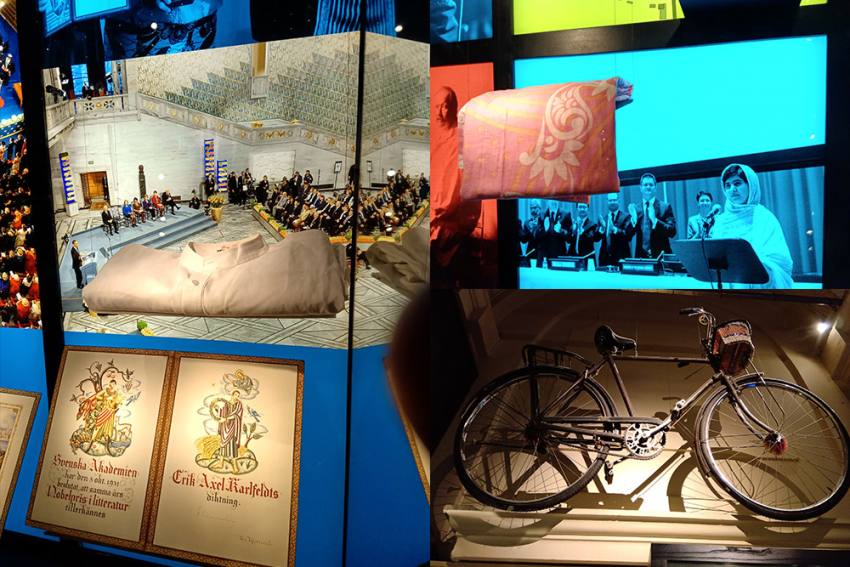 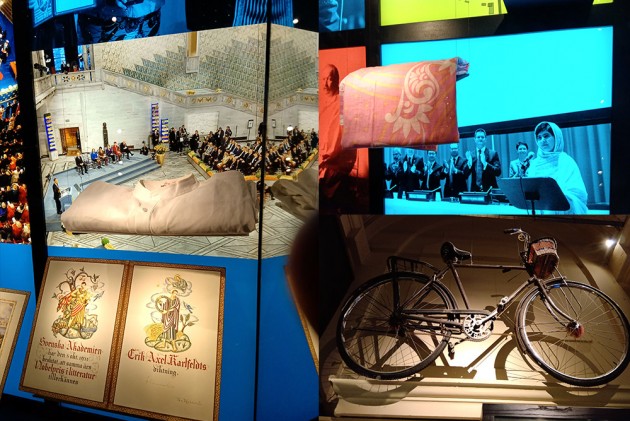 It's just about 3 PM in Stockholm, the capital city of Sweden, and it's already getting dark. Tourists outside the Nobel Prize Museum click photographs standing in front of a huge
Christmas tree, placed weeks before the celebrations begin to mark the birth of Jesus Christ.

But inside the Museum -- the pictures of Nobel laureates adorning the walls -- preparations are underway for the big December 10 ceremony when this year's winners will be
honoured.

Pia, the press secretary at the Museum, is excited to see an Indian and straightaway draws his attention to a screen featuring Abhijit Banerjee, his wife Esther Duflo, and Michael Cremar -- this year's winners in Economics. 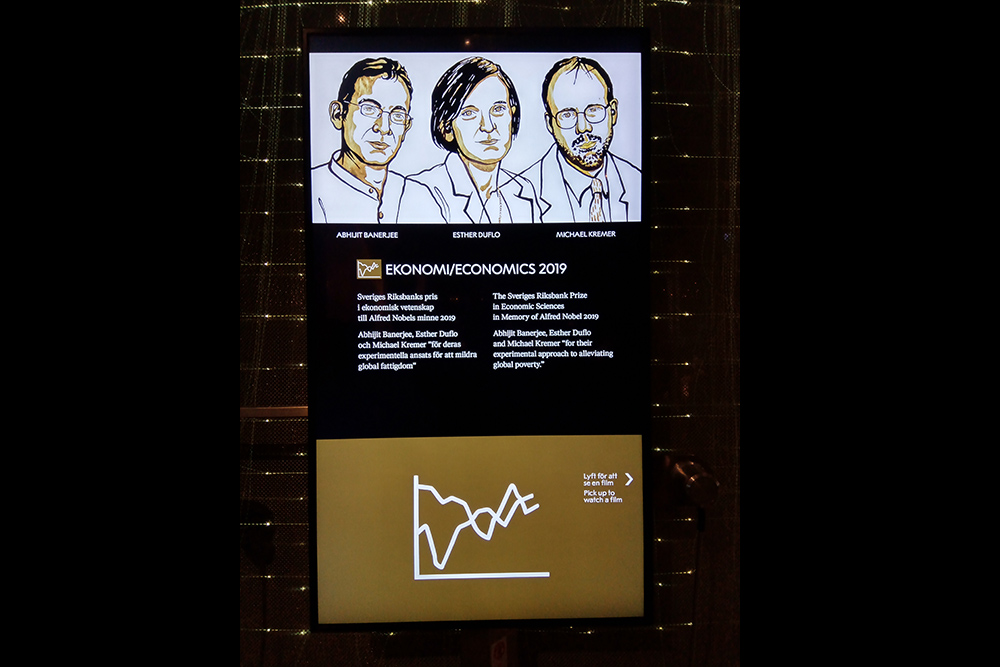 "It's a special year for you people, isn't' it?" she asks, wearing a bright smile. But it's the stories of artefacts at the Nobel Prize Museum that she is most interested in narrating.

"You remember, there was another Indian to have received a Nobel Peace Prize?" she tells Outlook.

But I will first show you what the legendary Amartya Sen gave to the Museum, Pia said, walking briskly through a corridor towards a dead end. She points to her left on an object hanging from an iron rod. 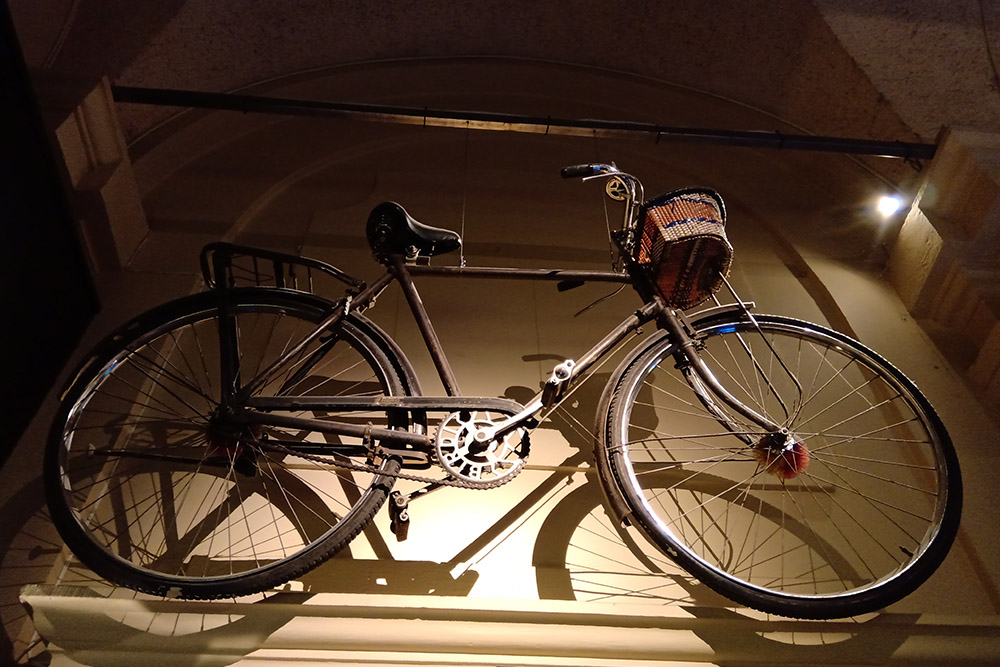 "That's no ordinary bicycle," Pia begins, adding "that's the one Mr Sen bicycled through the countryside of West Bengal weighing the children."

"He used it while conducting his study on weight differences between baby girls and boy," she said, leaving silence, perhaps a mark of respect for the legendary economist.

It was now time to look at other artefacts, Pia said, taking me to another part of the museum.

"This is the shawl that Malala Yousufzai gifted us when the honour was conferred upon her," she said, adding, "let me remind you it's the same that she wore while delivering
her speech at the United Nations General Assembly (UNGA)." 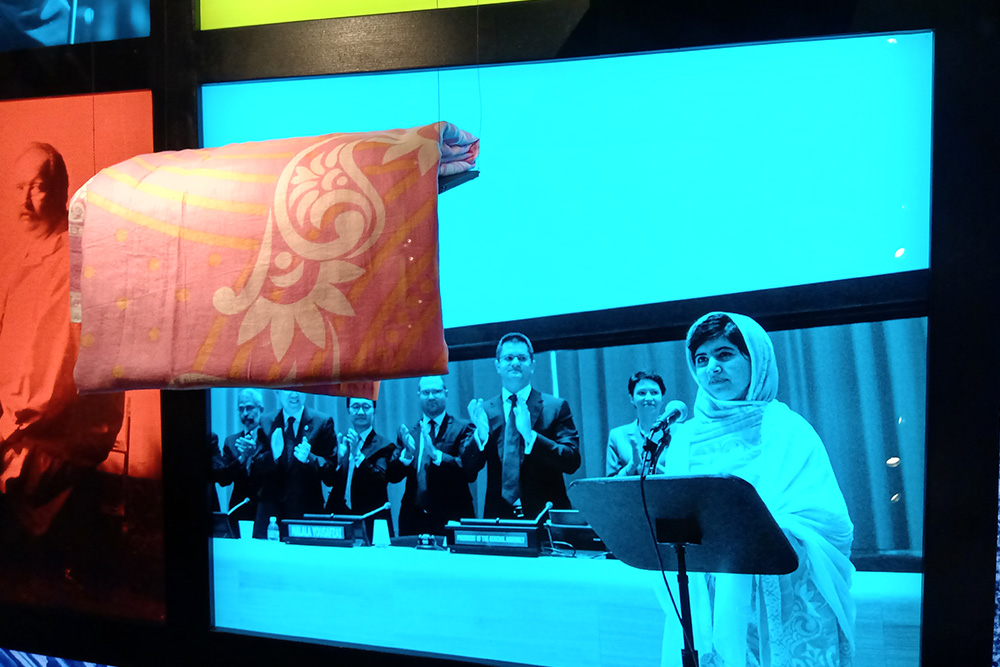 Alongside Malala, India's Kailash Satyarthi, too, was awarded the Nobel Peace Prize in 2014. Satyarthi left his job as an electrical engineer to run an NGO for rescuing children from forced labour and trafficking.

Pia says the story of Satyarthi's artefact is the most interesting one. "He ended up giving the lantern, which he wanted to give us, during the award ceremony in Oslo, Norway," Pia said, adding, "the Nobel laureate didn't know that the artefact is given during their visit to the museum in Sweden."

"It was only at the spot, on that very day, upon the suggestion of his son, Satyarthi decided to gift his Kurta to the museum." 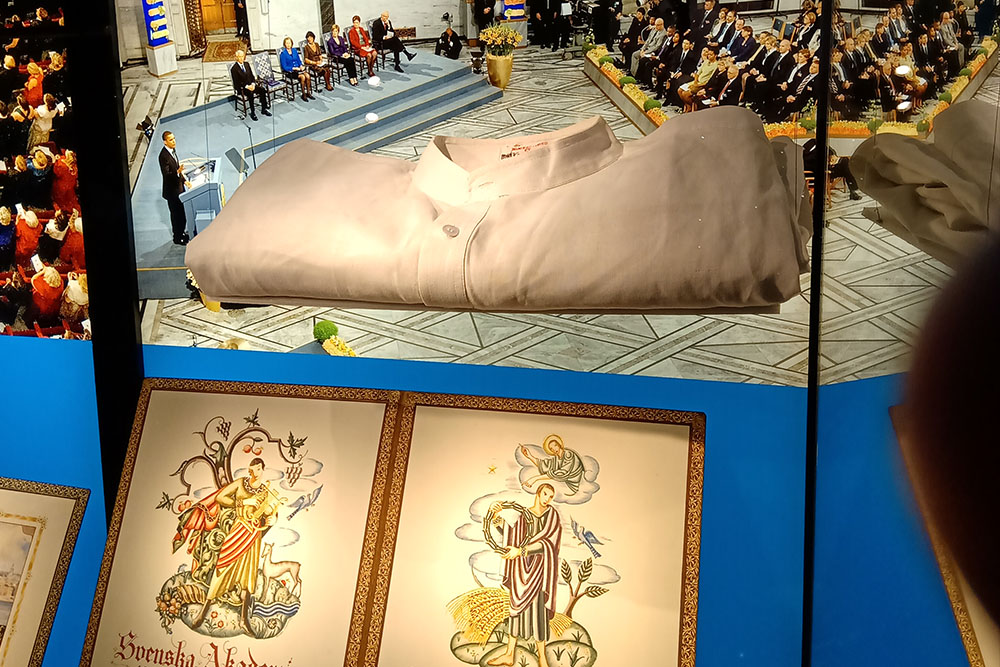 Erika Lanner, the Director of Nobel Prize Museum, underlines the significance of artefacts the museum has received over the years from its laureates.

“The artefacts that we receive awaken great curiosity and give our museum visitors an opportunity to learn more about the discoveries and works that the Laureates are awarded the Nobel Prize for. The Laureates’ stories about the artefacts also bring us closer to the person behind a prize,” she said.

Before Pia could go ahead with the story of another artefact, the writer asked what the former US President Barack Obama gave to the historic museum.

Wide-eyed, wrinkles on her forehead, Pia responds: "You know what, Mr Obama is yet to give an artefact to the museum."

On December 10, Abhijit Banerjee, Esther Duflo and Michael Cremar will be honoured at the Stockholm Concert Hall, and all eyes are now set on what this year's laureates will be gifting the museum.