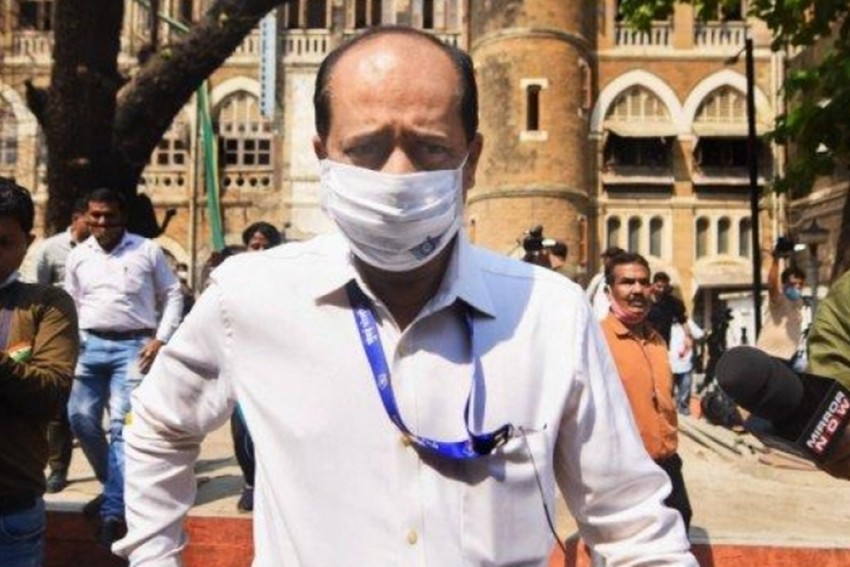 Suspended police officer Sachin Vaze was sent to judicial custody till April 23, in the case of recovery of an explosives-laden SUV from near industrialist Mukesh Ambanis house and the death of businessman Mansukh Hiran, by a special NIA court on Friday.

Vaze, arrested on March 13, was produced before the special court after the end of his NIA remand.

The accused had been in the custody of the National Investigation Agency (NIA) since his arrest on March 13, over two weeks after the explosives-laden SUV was found parked near Ambanis house in south Mumbai on February 25.

Vaze is also under the scanner over the alleged murder of Hiran, who was in possession of the SUV.

His interrogation has revealed several aspects of both the related cases and also Waze's financial dealings besides recovery of cash and high-end cars, according to the agency.

The NIA had earlier told the court that its has been revealed that an amount of Rs 1.5 crore was in the account of a private bank in the name of a company floated by Waze.

Besides cash, police have recovered as many as eight high end cars from the accused, the NIA has said.

The NIA has said its investigation has revealed Vaze and other accused had hatched a conspiracy to eliminate Hiran on March 2 and 3.

The court has also been toldthat Hiran was a co-conspirator in the explosives case.

Hiran, who had claimed that the vehicle had been stolen, was found dead in a creek in Thane on March 5.

There are two other two accused in the case, including Vinayak Shinde, a former policeman.