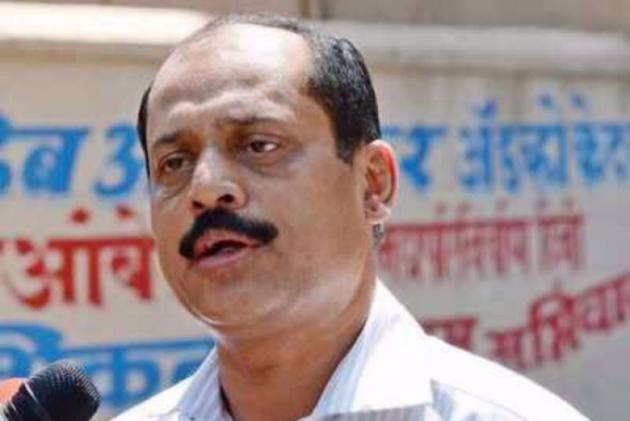 In a new revelation in the Ambani bomb scare probe, CCTV footage has shown that suspended assistant police inspector Sachin Vaze and businessman Mansukh Hiran had met the day an SUV in Hiran's possession was "stolen", investigators claimed on Friday. The also asserted that Vaze later tried to destroy evidence against him.

The stolen SUV was later found laid with explosives outside the residence industrialist Mukesh Ambani in South Mumbai on February 25.

According to NIA officials, Vaze, suspected to have been involved in parking the SUV near Ambani's house, had used fake vehicle registration plates to conceal his movements.

Later he tried to destroy them by dumping them in creeks, but during the probe, two number plates were recovered, said an official.

Further, he tried to tamper with CCTV footage at the housing society in Thane where he lived and at some other places by obtaining Digital Video Recording so as to conceal his movements while committing the crime, the official added.

As per an official of the Maharashtra Anti-Terrorism Squad, which is probing Hiran's suspicious death, CCTV footage near the Chhatrapati Shivaji Maharaj Terminus (CSMT) in south Mumbai showed Hiran and Vazesitting in a Mercedes car for about 10 minutes on February 17.

The NIA later seized this same Mercedes after arresting Waze, he said.

Hiran had claimed that on February 17 while he was heading for south Mumbai from his house in Thane, the steering of the Scorpio jammed, so he left it on Mulund-Airoli road and proceeded in a cab. Next day he found the SUV was missing, he said.

The ATS suspects that Hiran handed over the keys of Scorpio to Waze, sources said.

On February 25, the Scorpio was found parked near Ambani's residence `Antilia' with gelatin sticks and a threat letter.

Hiran was found dead in a creek in Thane on March 5. His family alleged that Waze had a role in his death.

Vaze was arrested by the NIA on March 13.

The NIA officials spent around 30 minutes at the police commissioner's office. It was the first visit by senior officials of the central agency to the commissioner's office after Nagrale replaced Param Bir Singh two days ago. The Maharashtra government on Wednesday transferred Singh, who was under fire over handling of the Ambani-SUV case, and appointed senior IPS officer Hemant Nagrale in his place.

The NIA has also questioned several officials of the Crime Intelligence Unit of city police to which Waze was attached and seized a total of five high-end vehicles including two Mercedes cars.

A special NIA court in the city on Friday rejected Waze's lawyer's plea to meet him privately while he remains in the NIA's custody till March 25.

Shiv Sena on Friday had questioned NIA's probe into the case saying that the agency generally investigates terrorism-related cases, but there was no terror angle involved in this episode.

In an editorial piece written in the party's mouthpiece 'Saamana', the party said, "The outcome of the agency's probe into the terror attacks of Uri, Pathankot, and Pulwama is still a mystery. The 20 gelatin sticks found in Mumbai appears to be a big challenge for the NIA".

Referring to the removal of former Mumbai Police commissioner Param Bir Singh from his post, Sena alleged that "a particular lobby in Delhi  was upset with him as the TRP scam came to light during his tenure."