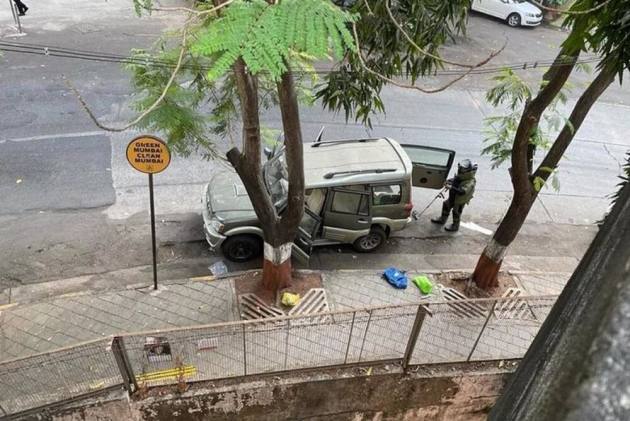 The National Investigation Agency (NIA) recorded the statement of a club owner on Friday and seized yet another Mercedes car in connection with its probe into the case of the explosive-laden Scorpio car found outside the residence of Mukesh Ambani, an official said.

The agency had conducted searches at a `social club' located inside a hotel in south Mumbai on Friday. It is probing alleged links of the club's owner with cricket bookie Naresh Gor and suspended police constable Vinayak Shinde, the official added.

The club owner was seen arriving at the NIA office around 11 am and left around 4.50 pm.

Gor and Shinde, alleged associates of suspended Mumbai police officer Sachin Vaze, have been arrested in the Hiran murder case.

A Mercedes car was seen being brought to the NIA office during the day. It was a third Mercedes seized by the agency during its probe, sources said.

So far, the agency has seized at least eight high-end vehicles used by Vaze who was arrested in the case last month.

Vaze's former colleagues in the Mumbai crime branch assistant inspectors Riyazuddin Kazi and Prakash Howal also appeared before the NIA and left in the evening. Both have been questioned multiple times.

A woman, an alleged associate of Vaze, was also seen entering the NIA office, accompanied by a lady officer. The NIA had on Thursday searched a flat in Mira Road area which was in this woman's possession, sources said.

The NIA is also investigating if a car stolen from Aurangabad in November last year was linked to the case, said a local police official familiar with the probe.

The agency had recovered the number plate of a Maruti Eeco during its searches in the Mithi river here last Sunday. The vehicle had been stolen from Aurangabad and an FIR was registered on November 17 last year.

An explosives-laden Scorpio was found near Ambani's residence 'Antilia' in South Mumbai on February 25. Mansukh Hiran, who had claimed that the vehicle had been stolen from his possession a week earlier, was found dead in a creek in Thane on March 5.