The family alleged police demanded Rs 13 lakh from Shukla and vandalised his home. 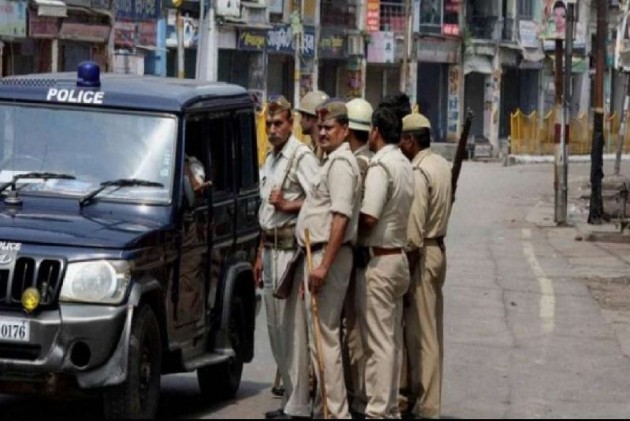 Several policemen have been booked after a 50-year-old man died in their custody on Tuesday in Amethi after he was summoned for interrogation in a bank robbery case.

Police said Satya Prakash Shukla had apparently consumed poisonous substances following which his health deteriorated. He was taken to a local hospital where he died.

However, the family members of Shukla have refuted the police version and said he was tortured to admit his involvement in the robbery case.

They further alleged that police had demanded Rs 13 lakh from Shukla and vandalised his home.

Shukla's son. Rahul, told PTI that police had raided their home in Pratapgarh in the wee hours of Tuesday. The police accused Shukla of being the mastermind behind the Rs 26 lakh loot from UCO bank on October 5. The bank is situated in the house owned by Shukla in Peerpur, Amethi.

"The cops brought us to the police station and were pressurizing us to give them Rs 13 lakh, which is half of the amount looted. They threatened to kill my father, me and my brother Sahil if we refused to pay them. They broke the door of our house and beat up my father in the police station. They forcibly gave him poison and when his condition began to deteriorate, they informed other family members," Rahul said.

SP Sultanpur Himanshu Kumar said the FIR has been registered on the complaint of Shukla's brother as the family were not allowing to carry out the post-mortem examination and other legal proceedings.

Police, however,  maintains that Shukla, aka Sajan Shukla, was allegedly involved in the loot of Rs 26 lakh from bank employees when the money was being transferred to a UCO Bank branch in a cash van on October 5.

The police claimed they had sufficient evidence to question him further. But his family members alleged Shukla was interrogated twice earlier in the same case and was released due to lack of evidence against him.