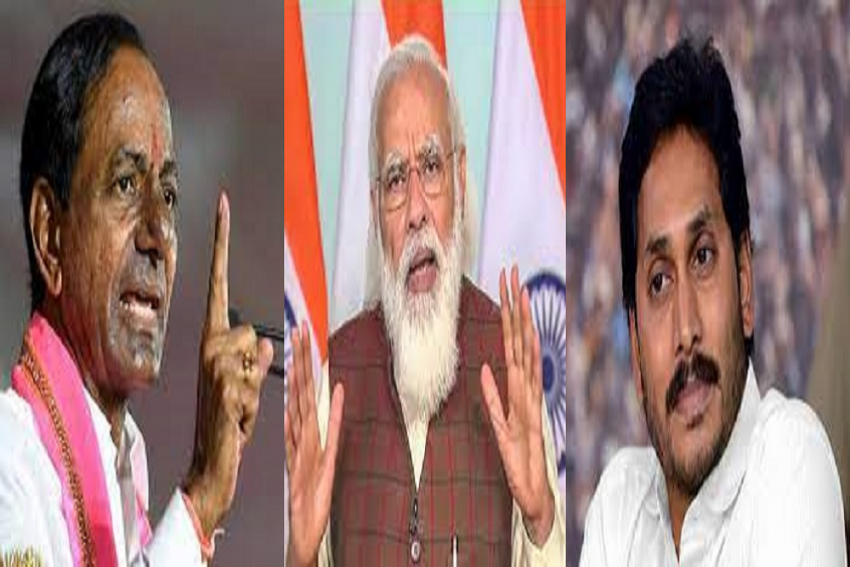 Amid the ongoing water dispute between Andhra Pradesh and Telangana, the central government has taken over the projects on the Krishna and Godavari river basins.

According to reports, Union Jal Shakti ministry has issued a gazette notification handing over all major and medium projects to the Krishna and Goadavari river management boards. The two boards will have all the powers of water release, granting approvals for construction of projects and hydel power generation with effect from October 14. The state governments will have to stop all ongoing projects immediately.

"The decision of the Union government for notifying the jurisdiction of two boards would go a long way in enabling the rive boards to discharge their responsibilities to the fullest as mandated in the APRA (Andhra Pradesh Reorganisation Act) 2014 and ring about the much needed neutrality on water resources matters between the two states," the ministry said.

The notification issued on July 15 is expected to reduce the friction in the area of water management between the two states, it added.

The APRA contains provisions for effective management of river water in the states of Andhra Pradesh and Telangana.

It also has provisions for constitution of the Godavari and the Krishna River Management Boards and an Apex Council to supervise the functioning of these boards.

The Centre constituted the two river management boards on June 2, 2014 for administration, regulation, maintenance and operation of such projects on the Godavari and the Krishna rivers.

However, there was divergence between the two states on the issue of notification of the boards by the Centre. This issue was addressed in the second meeting of the Apex Council, headed by Union Jal Shakti Minister Gajendra Singh Shekhawat along with the chief ministers of the two states, held in October 2020.

In this meeting, it was decided that the jurisdiction of the GRMB and the KRMB will be notified by the Centre.

Accordingly, the Centre has issued two notifications --- one for the GRMB and another for the KRMB --- for administration, regulation, maintenance and operation of projects in the Godavari and the Krishna rivers basins in these two states.

The notification states that the boards "shall ordinarily exercise" jurisdiction on the Godavari and the Krishna rivers with regards to projects like barrages, dams, reservoirs, regulating structures, part of canal network and transmission.