‘My Ujjain tour is over and I am leaving for Delhi now. I will return next week,’ Scindia told reporters at the Indore airport. 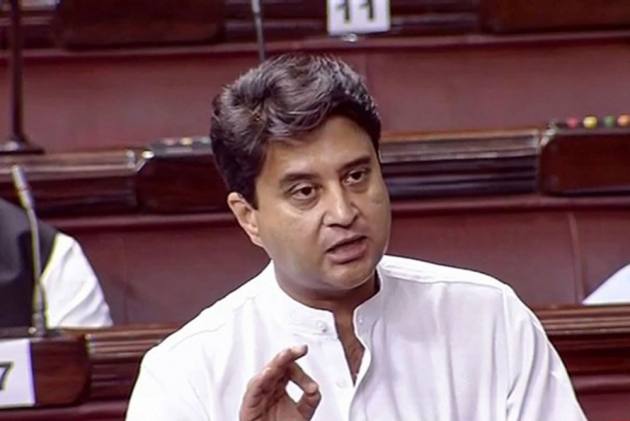 Amid talks about a Union Cabinet reshuffle, BJP leader Jyotiraditya Scindia cut short his tour of the Malwa-Nimar region in Madhya Pradesh and left for Delhi, earlier today.

"My Ujjain tour is over and I am leaving for Delhi now. I will return next week," Scindia told reporters at the Indore airport.

Scindia, however, remained tight-lipped about speculations that he might be inducted in the Union cabinet and said he has no information about the same.

Though there has been no official word from the government, enough signals have emanated regarding the Cabinet reshuffle in the past few weeks. During the past few weeks, Prime Minister Narendra Modi has had meetings with key ministers in small batches to assess their performance. The ministers were asked to make presentations about their achievements and the work done since the government was formed in May 2019.

The Cabinet rejig, in case there is one, will be the first time that Modi will be expanding his Council of Ministers since he took up office for his second term in May 2019.

As many as 18 new ministers are expected to be inducted into the new cabinet. Some of the top picks by observers for the induction include BJP leaders like Sushil Modi, Jyotoiraditya Scindia and former Assam Chief Minister Sarbananda Sonowal who recently vacated the seat for Himanta Biswa Sarma to succeed him in the state.