The BJP and right-wing outfits had spearheaded the agitations against implementation of the September 28 Supreme Court verdict permitting women of all age groups into the shrine. 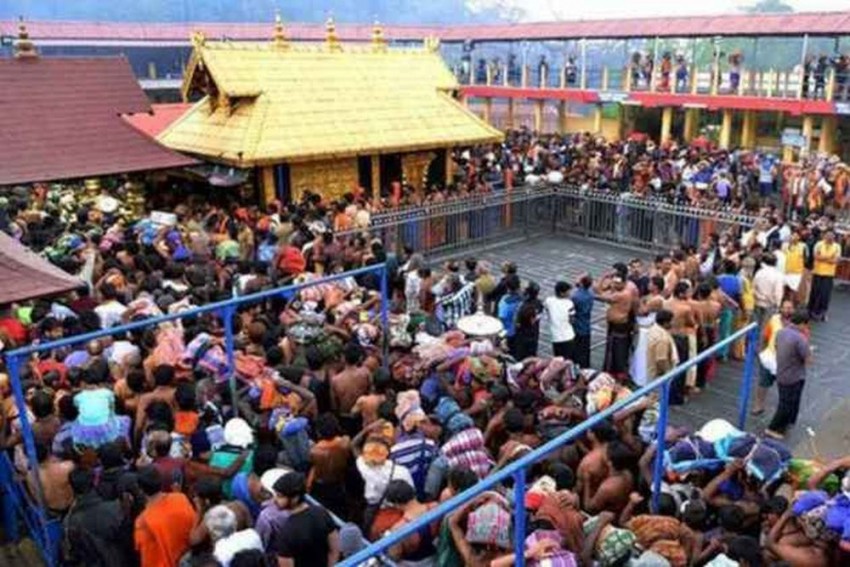 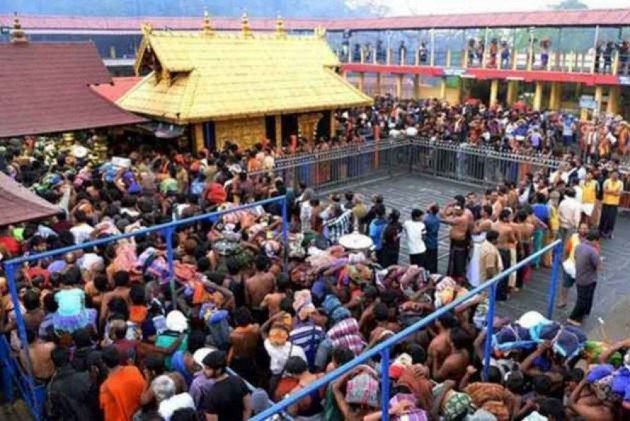 The Lord Ayyappa temple re-opened on Tuesday for five-day monthly pujas under a heavy security blanket as hundreds of police personnel were deployed in and around the hill shrine in view of possible protest from right-wing activists, opposing entry of young women.

Despite security arrangements, a large number of devotees, including those from neighbouring states, turned up to offer prayers when the shrine was opened at 5 pm.

There would be no specific pujas on Tuesday and the shrine would be closed at 10 pm with the rendition of 'harivarasanam', the customary lullaby for Lord Ayyappa, temple authorities said.

The temple would remain open for five days till February 17 for the monthly pujas during the Malayalam month of Kumbam, temple authorities said.

Several special rituals including 'kalabhabhishekam', 'sahasrakalasam' and 'laksharchana' would be performed during the five days, they said.

There has been a sense of anxiety in and around Sabarimala in view of the reopening as the shrine had witnessed frenzied protests during the recently concluded annual pilgrimage season over the entry of women of menstruating age.

Though no prohibitory orders have been clamped down in and around the shrine, the entire area from the base camp to 'Sannidhanam'(temple complex) is under tight police security.

The BJP and right-wing outfits had spearheaded the agitations against implementation of the September 28 Supreme Court verdict permitting women of all age groups into the shrine.

The areas in and around the temple had witnessed widespread violence after the CPI(M)-led LDF government decided to implement the apex court order.

Marking the culmination of the over two-month-long stormy annual pilgrimage season, the shrine was closed on January 20.

Traditionally, women of menstruating age or in the age group of 10 to 50 years were not allowed to enter the temple as the deity, Lord Ayyappa, is believed to be "naishtika brahmachari" or perennial celibate.