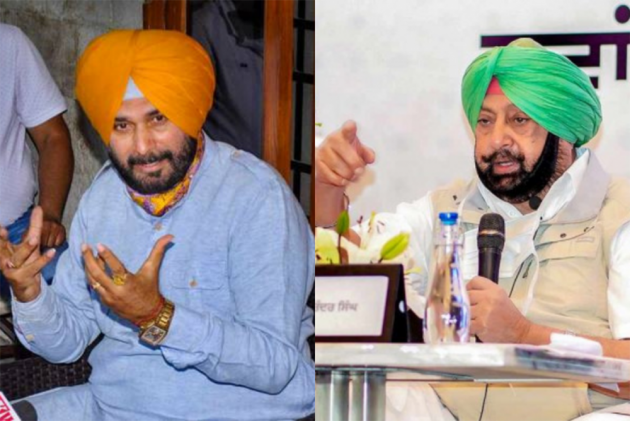 Many leaders within the Congress’ Punjab unit are reportedly unhappy with Chief Minister Amarinder Singh’s style of functioning. In fact, earlier this month many of them publicly expressed their opposition by questioning Singh’s decision to appoint sons of two sitting legislators to government posts.

Further, Sidhu has also been regularly taking pot shots at Singh in public. Recently, he attacked Singh over the alleged delay in justice in the 2015 incidents of sacrilege and subsequent police firing. The two leaders have been at loggerheads ever since Sidhu resigned from the Punjab Cabinet after he was divested of the local bodies portfolio in 2019.

Meanwhile, Singh had slammed Sidhu for continuously attacking him over the sacrilege issue and termed the former's outbursts "total indiscipline".

In the backdrop of these developments, Rahul Gandhi has been meeting party leaders from Punjab to get their views on the political situation in the state and the steps needed to strengthen the party ahead of the 2022 Assembly polls.

Early this month, Sidhu appeared before a three-member panel set up by the Congress to resolve the infighting within the party's state unit.

On June 22, Singh appeared before the panel, headed by Leader of Opposition in Rajya Sabha Mallikarjun Kharge, in Delhi. However, he returned to Chandigarh without an audience with party president Sonia Gandhi or Rahul Gandhi.