Amid Internet Blockade In Kashmir, Army Organises Seminar On 'Start-Ups'

The seminar was organized to empower the youth in 'developing necessary skills for self-sustainment,' the Army said. 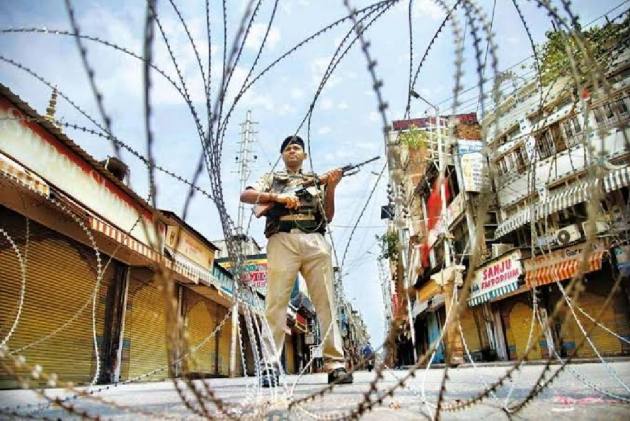 The Indian Army on Saturday organised a seminar on “startup for students” even as internet blockade in the Kashmir Valley has forced thousands of start-ups to shut shops, leaving lakhs without a job now.

The Army said that it organized the seminar on ideas, start-ups for students of Kashmir. The seminar was organized to empower the youth in “developing necessary skills for self-sustainment,” it said. The army described it as a better initiative for better prosperous future and claimed it was widely appreciated.

Defence analyst, Pravin Sawhney, responded to the Army’s tweet about the initiative, saying organising a seminar on startup for students was not the job of the Army. “This not the job of Army - there are professionals to conduct these seminars & administration to organize it. The army should gradually become invisible- go to the LOC. Give up teaching & focus on learning own skills for present & new warfare.”

The Kashmir Chamber of Commerce and Industries (KCCI) in its recent report said the sectors directly dependent on internet like information technology and e-commerce have been ruined.”

On August 5, 2019, the government amid communication blockade and security clampdown revoked Article 370 and bifurcated Jammu and Kashmir into union territories. The government has restored landlines and post-paid phones gradually but the ban on the internet and pre-paid phones continue.

“Why was internet not blocked when the terrorist attack of 26/11 took place in Mumbai? Why was it imposed on Kashmiris because of the actions of the Modi government?” the report says quoting a businessman.

“Today every sector is based on the internet. And we have not had internet connection since August 5,” the report added.

“Even government functioning has been affected by internet-blocking. People were unable to pay their electricity bills because the Power Development Corporation could not generate bills online. Only now have they begun to do so. Interestingly, even the security forces have been handicapped by loss of internet facilities because social media posts helped them identify militants who were foolish enough to post their pictures on Facebook or Instagram. While there has not been a surge in militancy the blocking of social media has meant that the security forces have lost a valuable source of information,” the report read.