Amid Karnal Protests, Farmers In Noida Sit In Demanding Release Of Arrested Protesters

Over 80 farmers have been arrested by police so far, said BKP president Sukhbir Pahalwan, who himself got released from jail on Wednesday morning along with three other protesters. 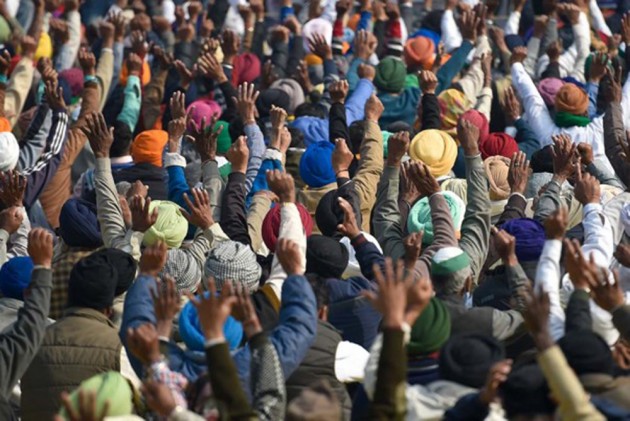 Even as farmers continued to sit in protest in Karnal against the alleged lathicharge of protesting farmers, Uttar Pradesh's Noida also saw agitations as hundreds of farmers gathered for protests outside a prison facility.

Farmers gathered from nearby villages to stage a sit-in protest outside Luksar jail. The demonstrations were meant to demand the release of their fellow protesters who were arrested during recent demonstrations.

The farmers, under the banner of Bharatiya Kisan Parishad, from 81 villages have been holding demonstrations for increased compensation for their land acquired by the Noida Industrial Development Authority, among other issues, since September 1.

Govt Can Talk To Taliban But Not Farmers: Cong

Over 80 farmers have been arrested by police so far, said BKP president Sukhbir Pahalwan, who himself got released from jail on Wednesday morning along with three other protesters.

"We were told that a middle path would be found and that a meeting will be held with the chairman of the Noida Authority to resolve the issue. But it turns out that nothing is happening and farmers got arrested,” Pahalwan said.

He said farmers were told on Tuesday that all protesters who were arrested will be released on Wednesday but only 31 of them were freed while around 50 are still in jail.

“Today only four, including myself were freed after which we have gathered outside the Luksar jail in hundreds to demand release of our fellow farmers,” Pahalwan added.

Jail Superintendent Arun Pratap Singh said they had permission to release only four protesters on Wednesday.

“We had got permission to release four farmers and we did so on the basis of the permission. If there is an order to release more farmers, then we will release the farmers,” Singh said.