The Bengal Assembly Speaker’s office also announced new names of chairmen for the other eight Assembly committees. All of them are TMC MLAs. 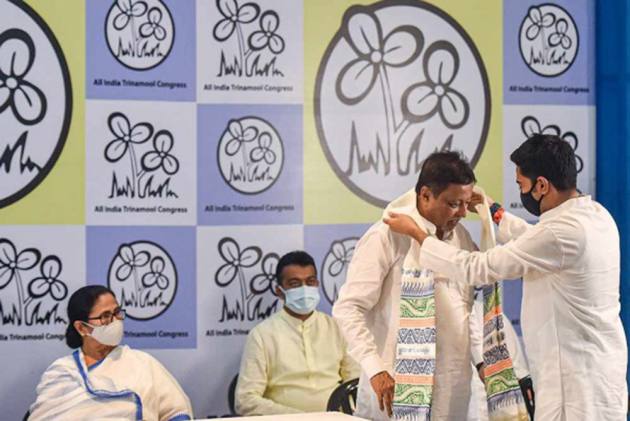 Amid opposition from the BJP, West Bengal legislator Mukul Roy, who recently left the saffron party to join the TMC, took charge as the Public Accounts Committee (PAC) chairman of the Bengal Assembly on Friday.

His appointment comes in the backdrop of eight BJP MLAs including the Leader of Opposition Suvendu Adhikari, having met Governor Jagdeep Dhankhar on Tuesday to tender their resignations in protest of the Speakerâs decision to allot the chairmanship of the PAC, considered the most important one of all such legislative committees, to Mukul Roy.

Further, the Speaker's office announced new names of chairmen of the eight committees on Friday. All of them are TMC MLAs.

The BJP has alleged that as per norms, an Opposition MLA is appointed as the PAC chairman and the TMC misused that rule.

While there is no written rule that the PAC chairman post has to be given to someone from the Opposition party. But this is an unwritten convention that Speakers, and ruling parties, follow across the country. The PAC usually has more members from the ruling party but an Opposition legislator is chosen to head it. The convention was started by the Uttar Pradesh government in 1948 and followed by the Centre since 1967.

While Roy was appointed to the post on July 9, he officially took charge of the committee on Friday. Asked to comment on reports that BJP is planning to move court seeking his disqualification as an MLA, Roy told reporters: "Anyone can go anywhere he wants."

Speaker Biman Bandyopadhyay earlier said that there was no impropriety in the appointment of Roy as the PAC chairman.

He had also said as per norms, the chairmanship of eight standing panels went to opposition BJP MLAs but if they resigned, the posts will automatically go to the next senior most members of the House.