In the past two decades, Bihar had witnessed almost similar political turmoil arising out of a prolonged deadlock over the formation of a new government not once but on two occasions. 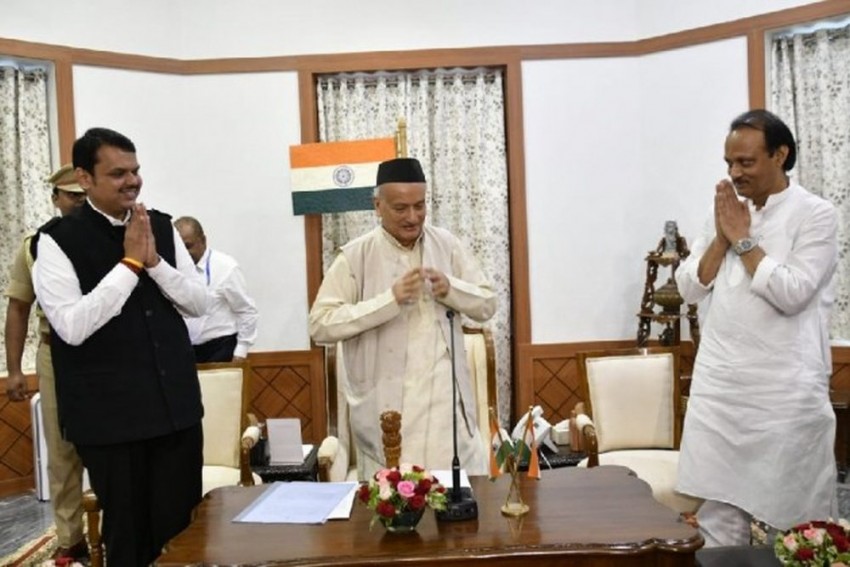 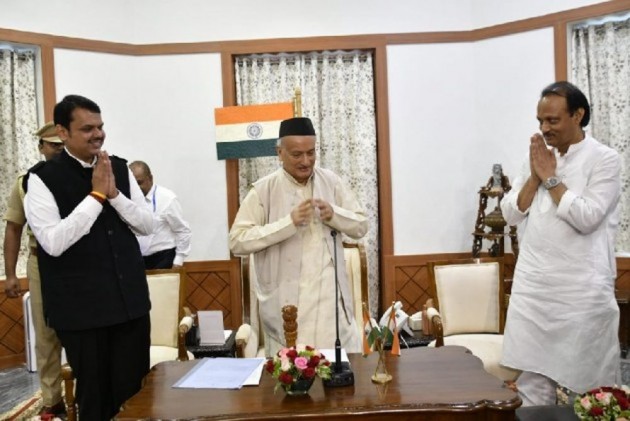 Even as the Supreme Court on Monday reserved its verdict on the Maharashtra conundrum while hearing a joint Shiv Sena, NCP and the Congress petition against the swearing-in of Devendra Fadnavis and Ajit Pawar as the Chief Minister and the deputy chief minister respectively by Governor Bhagat Singh Koshyari on Saturday, a big question over whether the western state was going the Bihar way has left the political circles guessing.

In the past two decades, Bihar had witnessed almost similar political turmoil arising out of a prolonged deadlock over the formation of a new government not once but on two occasions. Way back in March 2000, Nitish Kumar, then a member of the Atal Bihari Vajpayee ministry at the Centre, had rushed back to his home state to be sworn in as the Chief Minister by the erstwhile Governor Vinod Chandra Pandey to head an NDA government.

Nitish, who was at the time a leader of the Samata Party (which later merged into Janata Dal-United), however, had to resign a week later even before facing the floor test since he failed to get the numbers, primarily because of the deft handling of the situation by Rashtriya Janata Dal president Lalu Prasad Yadav, who preempted all reported bids by his rivals to engineer defection either in his party or any of its allies such as the Congress. It subsequently led to the swearing-in of the Rabri Devi government, which went on to rule till the next elections held in the state in February 2005.

Bihar, however, plunged into another spell of political uncertainty after the February 2005 polls which had thrown up a hung assembly. In that election, the RJD had emerged as the largest party with 75 seats in the 243-member assembly, while the NDA comprising JD-U and the BJP got 55 and 37 seats respectively. Since none of the parties or the pre-poll alliances was close to the magic figure of 122 required to form the government, the state was placed under President’s rule and the legislative assembly kept under suspended animation. After weeks of allegations and counter-allegations of horse-trading by both the groups, Nitish eventually staked claim to form the government amid reports that he had managed to lure a section of 29 legislators of Ram Vilas Paswan’s Lok Janshakti Party to join JD-U.

At this juncture, the then Governor Sardar Buta Singh, in his report to the Centre, recommended dissolution of the assembly, saying fresh polls be held in the state as no party was in a position to form a government. A Union cabinet meeting chaired by Prime minister Manmohan Singh at midnight accepted the Governor’s recommendation and sent it by fax to the then President A P J Abdul Kalam, who was on an official trip to Russia, for the presidential assent. The next assembly elections in Bihar were held the same year in October-November which saw the NDA led by Nitish Kumar storm to power with a clear majority. The Governor later earned censure of the apex court, which heard a petition challenging his decision.

Now, as the Maharashtra situation has been turning murkier by the day, the question arises whether the state is headed for either of the situations witnessed by Bihar in the past. Political observers believe that the BJP may not mind going for another election and seek a fresh mandate rather than allowing the Sena-NCP-Congress to run the government.

As of now, both the BJP and Ajit Pawar remain hopeful of proving their majority on the floor of the House and everything depends on whether Fadnavis is able to pull off another coup during the floor test. But if he fails to do so, will the Governor invite a Shiv Sena-led alliance to form the government remains a million-dollar question. The NCP has already expressed apprehensions that the Governor might recommend dissolution of the House if the Fadnavis government fails to prove its majority. Therefore, all eyes would be on Koshyari should such a situation arise in the days to come.