The twin blasts came a day after a suspected IED blast in Assam's Cachar district that was reported on Saturday. 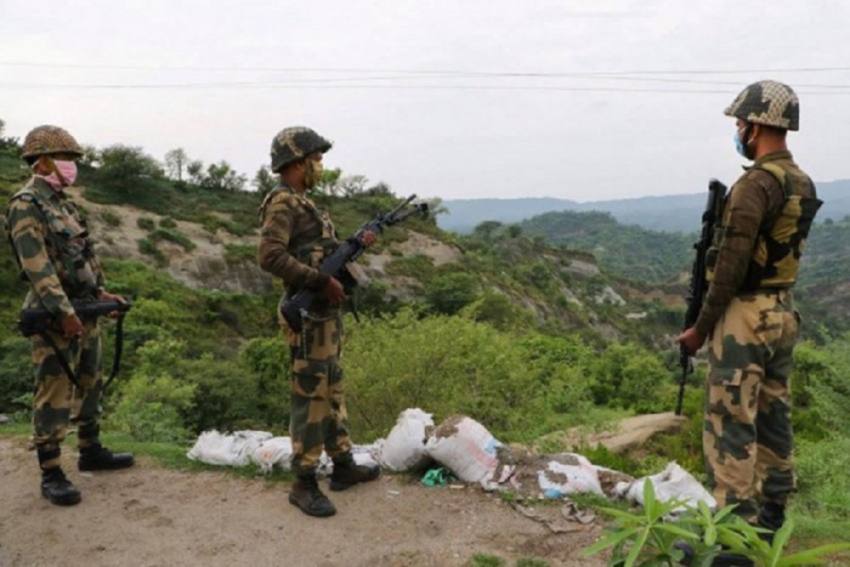 Two back-to-back explosions took place along the border of Assam and Mizoram on Sunday amid escalating tensions between the two neighbouring states.  The blasts came a day after a suspected IED blast in Assam's Cachar district that was reported on Saturday.

Assam Police confirmed the blast. "Two blast sounds were heard coming from the Mizoram side at 2.40 am and 2.43 am. The CRPF, which is a neutral force deployed at Khulicherra Point-II, has been asked to enquire into the suspected blasts on the Mizoram side," police sources said.

According to reports, people from Mizoram have reportedly entered up to 6.5 kilometres inside Assam land a few days ago, following which the Assam Police along with civil administration carried out an eviction drive. The incidents have escalated tensions among locals of the Khulicherra area of the district. Assam Police personnel are on a high alert position in the entire border area, he added.

On Saturday, an explosion took place targeting a delegation of Assam government officials, including senior police officials, who were on a visit to oversee the construction of a road along the border, but no casualty was reported in the incident.

Initially, it was believed to be a grenade attack but the police later suspected that the miscreants used an IED, the source said.

Additional Director General of Police (Border) Harmeet Singh is camping at the spot and monitoring the situation.

Meanwhile, Assam Chief Minister Himanta Biswa Sarma said that he has written to his Mizoram counterpart Zoramthanga to settle the border dispute by using satellite mapping of the actual border locations.

"For complete peace, we should hand over the inter-state border to central police forces after we fix the border issue. We are building roads within the Constitutional boundary of Assam. We will not take an inch of land from Mizoram," he added.

There has been a long border dispute between Assam and Mizoram in that area along with other locations in Cachar, Hailakandi and Karimganj districts of the Barak valley.

The latest tussle started on Saturday when around 25-30 people from Mizoram came up to 25 metres ahead of Khulicherra CRPF camp and tried to encroach the land inside Assam, attempting to stop the forest track clearing work and prevent PWD officials from constructing a road, a senior police official said.

"On receiving the information, the police rushed to the spot and observed that Mizo people, including women, obstructed the route at Khulicherra leading towards Upper Painom LP school which is around 6.5 kilometres inside Assam-Mizoram border.

"The crowd swelled up to 50-60 civilians. Around the same time, one Additional SP rank officer of the Mizoram Police arrived at the spot and he was asked to remove the illegal encroachment by Mizo people. However, the obstruction was not removed," the official said.

Assam Police officers then announced over loudspeakers that their congregation inside Assam territory is illegal and they should disperse peacefully, but they continued their aggressive and abusive behaviour towards government officials on duty and kept threatening them with sharp weapons, he claimed.

"They had also erected wooden barricades, preventing legitimate movement. After the persuasion attempts were not responded positively, Assam Police personnel moved ahead to clear the encroached land using minimum force.

"As a result, the encroachment up to the first bridge over Dholakhal Khulicherra stream was cleared and a temporary camp has been set up to prevent further incursions," the official said.

He said that the superintendent of police and Additional SPs of Kolasib district on the other side of the border were called for a discussion and they were asked to stop these incursions by removing their people from the encroached land inside Assam territory up to Khulicherra Pt- II.

But it was not implemented by them on the ground, he said adding that the Mizoram police have also set up a temporary camp on the other side of the bridge over Dholakhal Khulicherra stream.

Last year, a school of upper Painam was bombed allegedly by miscreants from Mizoram badly damaging it.