Amid Strained India-Pakistan Ties, Cross-Border Couples To Reunite After 2 Years' Of Wait

The three couples got married in Pakistan in the months of January and February in 2019, however, the equation between the two countries changed after the Pulwama attack. 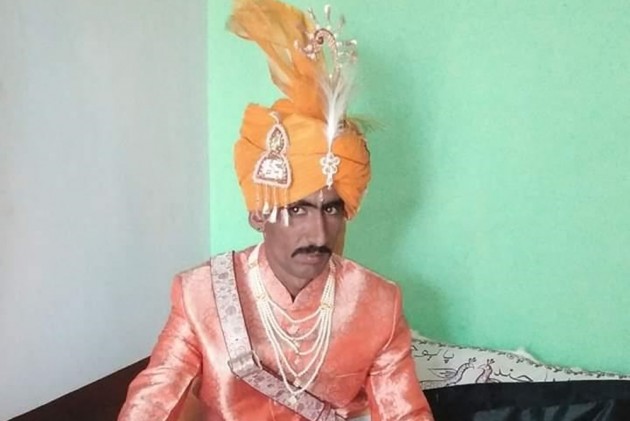 In April 2019, Vikram Singh (25) saw his wife Nirmal Kunwar for the last time.  She was two months pregnant at that time, but Vikram had to bid her adieu as his visa was expiring.  Almost two years have passed since then, but Vikram is yet to meet his wife or hold his 14-month-old son Rajveer in his arms.

Caught between the strained relations of India and Pakistan, the couple has been living on two different sides of the border since 2019. Vikram Singh is a Rajput man from the Baiya village situated in the border district of Jaisalmer in Rajasthan and his wife Nirmal Kanwar is a Sodha Rajput woman from the Sinoi village in Umerkot district in Pakistan.

Two days ago, spouses of three Rajasthan men including Singh, were finally granted permission to visit India by the embassy. "I will finally cradle my child. I have had sleepless nights in the last so many months. The wait was not getting over. We tried everything and finally our hard work, effort, and prayers got answered. My wife and child have been granted the visa", Vikram Singh told Outlook.

The family members of Nirmal Kanwar and two others who have been granted permission by the embassy to travel to India are preparing their papers at the embassy in Islamabad. "This is the best gift that I have received in the last two years. I used to video call my husband but most of the time there is a network issue. Our son is also growing, all this time I have been raising him single-handedly. The two years have been stressful. Now, finally, there is a hope to reunite with the families", Kanwar told Outlook.

However, the people are still apprehensive of travelling by flight instead of the road. "This will be the first time for them to travel by flight. Wagah border could have been an easy route. Now they have to take a flight via Dubai and then reach India. Earlier, most of us used to travel via Thar Express (a passenger train which used to run from Jodhpur to Pakistan’s Sindh", said Nepal Singh who was married to Kailash Kaur from Sindh in January 2019.

Similarly, Mahendra Singh from Khejad Ka Paar in the Barmer district of Rajasthan was also married in Pakistan in January 2019 and is equally excited to meet his wife Chagan Kanwar after two years.

The three couples got married in Pakistan in the months of January and February in 2019. The grooms who hail from Rajasthan stayed in Pakistan for 90 days to obtain valid marriage proof for easy visa of their wives as per the law. However, the equation between the two countries changed after February 2019 when a terrorist attack in Pulwama took place, following which the visa rules were made stringent. And then hopes were further flattened after the outbreak of Covid-19 owing to which countries closed their international borders for the longest time.

Speaking to Outlook, Hindu Singh Sodha, founder of Pak Visthapit Sangh, a Jodhpur-based organization that works for the welfare of Pakistani refugees in India, said, “The families have gone through a lot of pain and mental harassment.  The attitude of the Indian embassy towards them was inhuman. Even in the pandemic, they ran from pillar to post to get all the formalities done. The Indian government couldn't give a single reason for denying visas to Pakistani women. Our organization wrote to the Ministry of External Affairs (MEA) but their visa applications were still not processed".

"But we are happy that the families are reuniting. The delay had done nothing good; it only made the relations between two countries sour", Sodha added.

The Sodha Rajputs are a clan of the Parmar Rajput dynasty, based in the Umerkot district of Pakistan’s Sindh. Parmar Rajput dynasty reigned over Malwa in central India from the 9th century onwards. The Sodhas administered southeast of the Sindh province in Pakistan and still follow the tradition of getting their daughters married to Rajput families in the border districts of Rajasthan.