Union home minister and BJP chief Amit Shah who is in Guwahati to chair the North Eastern Council Plenary, said nothing will be done to disturb the special provision of Articles 371A to 371J that the Northeastern states enjoy 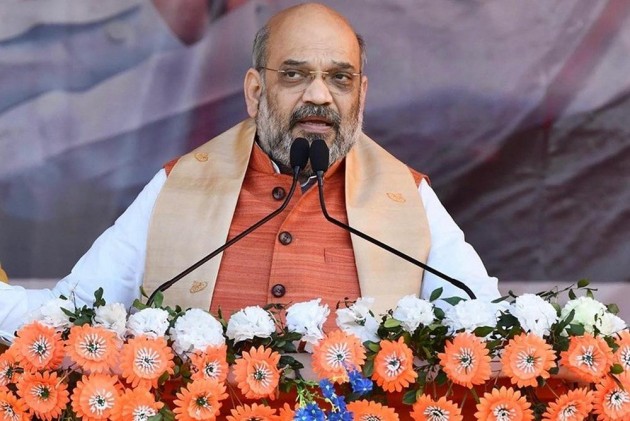 Union home minister and BJP national president Amit Shah who is in Guwahati to chair the North Eastern Council (NEC) Plenary and a convention of North East Democratic Alliance (NEDA) said that the BJP government will not do anything that will disturb the characteristics of Northeast.

“If we try to bring development by diminishing our past and cultural identity, it is not development. It’s our responsibility to keep the culture, language and identity of the Northeast as it is. We need to preserve all these and then work towards the development. This is very crucial. If we leave aside the culture of Northeast, its music, language, then the development will be meaningless,” Amit Shah said, addressing the 68th plenary session of the North Eastern Council in Guwahati where all the chief ministers of the NE states were present.

On the special provision of Articles 371A to 371J that the NE states enjoy, Shah said that nothing will be done to disturb these provisions. Most of these states that have been accorded special provisions under Article 371 are in the Northeast and the special status aims to preserve their tribal culture.

“This is very important to clarify. We understand the difference between 370 and 371. We respect the provisions and will not do anything to disturb this,” he added.

He is likely to review the situation post-NRC with the Assam government before attending the fourth convention of the NEDA later Monday, in the last leg of his visit. Shah said that since 2014, the east and northeast have witnessed development like never before which he termed as golden period of growth.

He has also hinted at solving the border problems among the northeastern states.

“It’s time we rise above these issues. If we can solve the border problems with Bangladesh, we can also solve this. Now all the states need to help each other to grow,” he said.

Talking further on insurgency, Shah said that who are still carrying the arms will be dealt with zero tolerance.