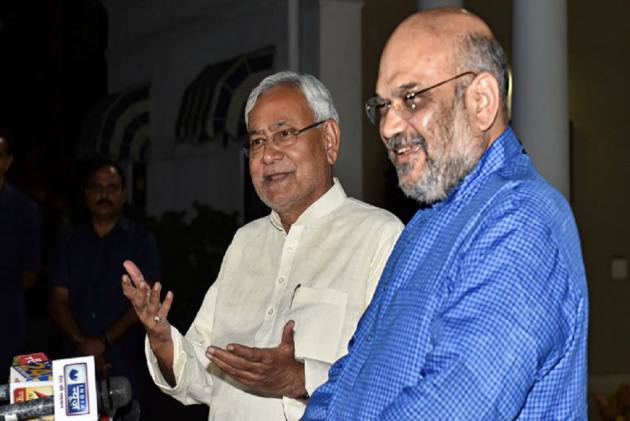 Though the sources refused to divulge the details of their telephonic conversation, they said they discussed the poll results and trends.

The NDA is marginally ahead of rival Mahagathbandhan, according to the latest Election Commission update on the counting of votes.

The BJP has outperformed ally JD(U) which has triggered speculations in some quarters if Nitish Kumar will still be the chief minister or somebody from the saffron party will lead the coalition government in the state.

Shah and BJP president J.P. Nadda have already announced that Nitish will be the chief minister irrespective of the seats won by the two allies.

Several JD(U) leaders, including state president Vasistha Narayan Singh and party spokespersons Ajay Alok and Rajiv Ranjan Prasad have said there was nothing more to say on the issue of chief ministership as the senior BJP leadership has already backed Nitish.