'The Citizenship (Amendment) Bill is not even .001 per cent against minorities. It is against infiltrators,' Amit Shah said. 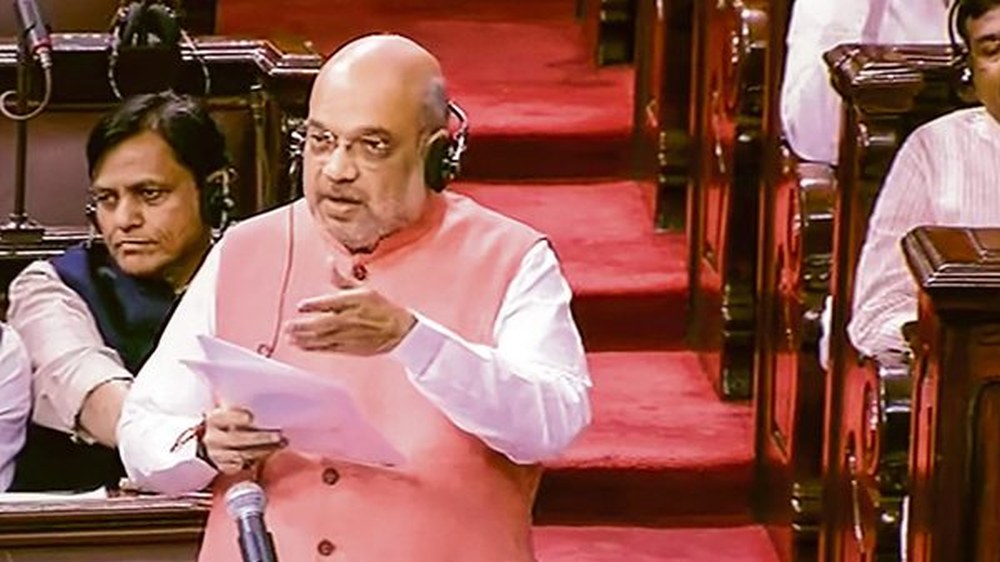 Union Home Minister Amit Shah on Monday tabled the controversial Citizenship (Amendment) Bill, 2019 in Lok Sabha amid the protests by the Opposition. The opposition, which decided to oppose the Bill "tooth and nail", termed the Bill as anti-minority and aimed at creating a religious divide.

Amit Shah, however, stood his ground and defended the Bill, saying it was not against minorities but against infiltrators. He also attacked the Congress for "dividing" the nation on the basis of religion and cited that as a reason necessary to bring the bill.

He said the proposed legislation is being brought on the basis of reasonable classifications provided under the Constitution and it does not violate any of its provisions.

Watch: Citizenship Amendment Bill Introduced In Lok Sabha: All You Need To Know

Despite Congress bigwigs like Shashi Tharoor, Adhir Ranjan Chowdhary and others opposing the Bill, saying the exercise of granting citizenship on the basis of religion will reduce India to a "Hindutva version of Pakistan", Shah tried to allay the fears and said there was a need to differentiate between infiltrators.

"This bill is not even .001 per cent against minorities. It is against infiltrators," he said.

Trying to allay apprehensions of the people of Northeastern region, Shah said the Narendra Modi government was committed to protect the customs and culture of the people of the region and informed that Manipur will be brought under Inner Line Permit regime.

There was furore in the Lok Sabha when AIMIM chief Assadudin Owaisi equated the Bill with Nuremberg race law and said: "The Home Minister should be prevented from carrying out this enactment. Otherwise, he will be compared with David Ben-Gurion, the founder of the Jewish state of Israel, and Hitler." His remarks were later expunged from the records.

The bill, Shah said, seeks to give Indian nationality to non-Muslim refugees from Pakistan, Bangladesh and Afghanistan who are facing religious persecution there.

The home minister said laws were framed to give citizenship to people on several occasions in the past, including in 1971 after the creation of Bangladesh and attacks on Indians in Uganda, by using the provision of reasonable classifications.

The BJP-led NDA government had introduced the bill in its previous tenure and got Lok Sabha's approval. But it did not introduce it in Rajya Sabha, apparently due to vehement protests in the Northeast.

The Bill has triggered widespread protests in northeastern states with a large section of people and organisations opposing the Bill, saying it will nullify the provisions of the Assam Accord of 1985, which fixed March 24, 1971, as the cut-off date for deportation of all illegal immigrants irrespective of religion.