He highlighted various measures announced in the budget for different sections of society. 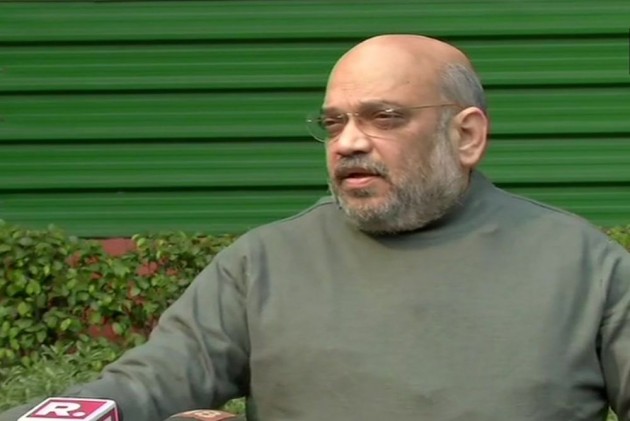 Hailing the Union Budget 2019-20, BJP president Amit Shah said that the it will benefit all sections of society. He further added that the Modi government is dedicated to  the  aspirations of the country's youths, farmers and poor.

Shah told reporters that the budget will spur growth, generate employment and also provide relief to the middle class, farmers and poor workers among others.

The BJP chief described the hike in income tax exemption announced by Finance Minister Piyush Goyal as "historic" and said it will not only provide tax relief to the middle class but also deepen their participation in the country's development.

He highlighted various measures announced in the budget for different sections of society and said those for farmers will prove to be a "milestone" in doubling their income.

Congratulating the government for announcing a Rs 3 lakh crore outlay for the defence sector, Shah said it is the highest so far. The country's security has always been a top priority for the BJP-led NDA dispensation, he said.

Shah also praised measures like monthly pension of Rs 3000 for the over 10 crore poor workers after 60 years of age, creation of a separate fishery department and schemes for women.

Relaxation in interest on loan for farmers and more for those who pay their debt in time is a big step for their welfare, he said.