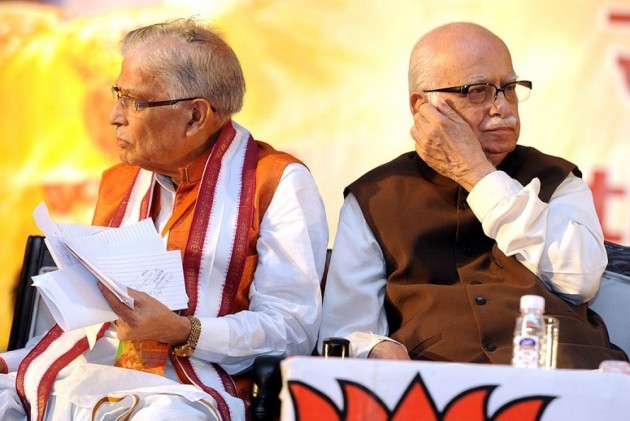 BJP president Amit Shah on Monday met party veterans L K Advani and Murli Manohar Joshi, days after they were not given tickets for the Lok Sabha elections.

The BJP has fielded Shah from Gujarat's Gandhinagar, a seat represented by Advani for many years. Joshi has been replaced by Satyadev Pachauri in Kanpur.

After being denied ticket, Joshi had issued a statement saying the BJP told him that he would not be nominated by the party in Kanpur.

BJP Never Regarded Those Who Disagreed With It As 'Anti-National': LK Advani

Advani's Subtle Message To PM Modi, Shah: Those Opposed To BJP Are Not Anti-Nationals

Told Not To Contest Polls, Says Murli Manohar Joshi In Letter To Voters

While Advani has not said anything about being dropped from the party's list of Lok Sabha candidates, he wrote a blog asserting his party never regarded those who disagreed with it politically as "anti-national".

More or less, both Advani and Joshi were sidelined in the party after 2014 general elections, in which the BJP got clear majority under the leadership of Narendra Modi.

After easing them out of key organisational positions, the party leadership brought the curtains down on their electoral innings by not giving them tickets to contest the Lok Sabha polls this time.

The BJP had earlier announced that it will not give tickets to those above 75 years of age.