In a major development, the Union Home Minister today met a delegation of Ladakhi political leaders. 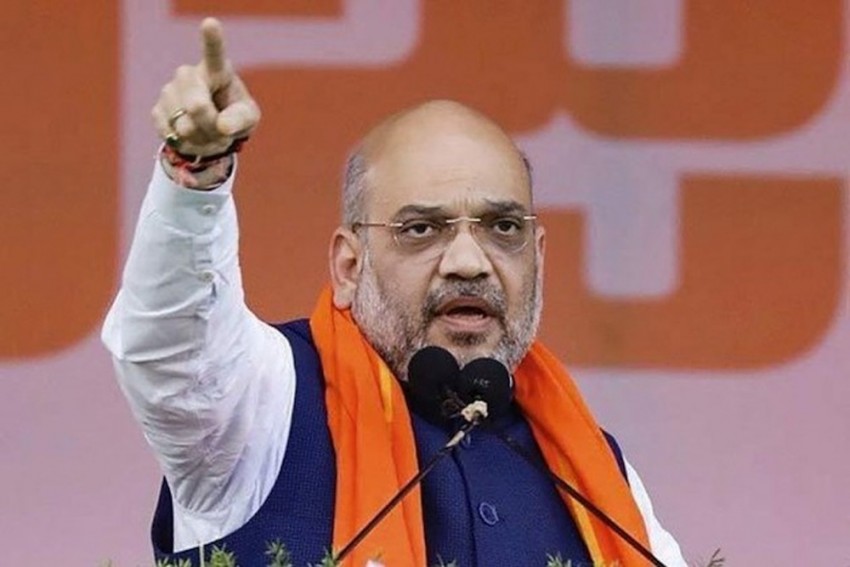 After Amit Shah's meeting with the leaders , they  (local leaders) in Leh describe the meeting as a positive development. They say another meeting between the Ladakhi leaders and the government is likely to take place tomorrow and after the meeting, a joint communique is expected. In Leh , the atmosphere is positive about the meeting and there are expectations that the union government would respond positively towards demands of Ladakh region.

Last week People’s Movement for Sixth Schedule for Ladakh led by former MP Thupstan Chhewang unanimously resolved to boycott the forthcoming polls of Ladakh Autonomous Hill Development Council (LAHDC). They had said they would boycott the polls till such time the constitutional safeguards under sixth schedule on the lines of Bodo territorial council is not extended to Ladakh and its people.

The BJP Ladakh is signatory of the poll boycott statement issued by the People’s Movement for Sixth Schedule for Ladakh.

Sources said that,  among the apex body of the People’s Movement for Sixth Schedule for Ladakh, only three leaders were called for the meeting. The government had sent a charter flight to Leh to take the leaders to New Delhi for having discussions on the issues pertaining to them.

The Sixth Schedule of the Constitution makes separate arrangements for the tribal areas. Fearing settlements by outsiders in Ladakh after abrogation of Article 370 and Article 35A on August 5, 2019, people in the region are seeking tribal status to preserve demography, land, environment and unique culture. They have formed the People’s Movement for Sixth Schedule for Ladakh to press for their demand.

On September 3, BJP led LAHDC Leh passed a resolution, seeking safeguards under Article 371 of the Constitution of India or sixth schedule or domicile law, to protect the tribal rights of the indigenous people of Ladakh.

The election for the LAHDC will take place on October 16.

In the 30-member LAHDC, 26 members are elected while four are nominated, with no voting rights. At present, the government is of the BJP in Leh region and in the LHDC Leh it has 18 elected representatives—Congress five, National Conference two, while one member is independent.

The LHDC Leh, was constituted in accordance with the Ladakh Autonomous Hill Development Council Act of 1995 during PV Narasimha Rao's government, and its first election was held in 1995. Later, during Mufti Mohammad Sayeed led PDP rule in 2003 a similar council was established for Kargil district.