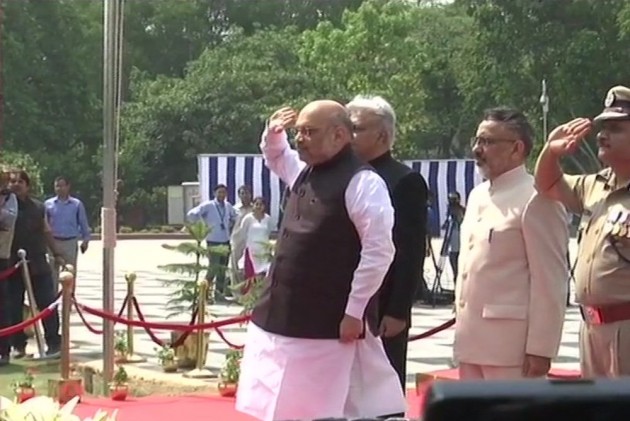 Union Home Minister Amit Shah on Sunday visited the National Police Memorial to pay tribute to the policemen who sacrificed their lives in the line of duty.

The 54-year-old stalwart laid wreath at the memorial which is located in New Delhi's Chanakyapuri area.

The memorial is spread over 6.12 acres and has a 30-foot tall heavy black granite central sculpture, a museum and a 'Wall of Valour' bearing the names of policemen who have died while serving the nation since Independence.

Earlier on Saturday, the new entrant to the North Block, Shah took charge as Home Minister in the Modi government 2.0.

Shortly after taking charge, Union Home Minister Amit Shah held a meeting with top officials of the ministry, followed by a call on him by Jammu and Kashmir Governor Satyapal Malik. (ANI)