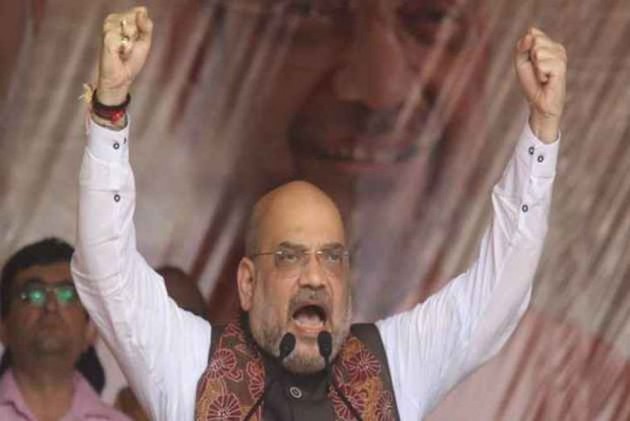 The Trinamool Congress hit back, calling Shah as “puke-worthy” and “low life”.

"Earlier people used to hear music of Rabindranath Tagore in Bengal... But today, the voices of bomb blasts are heard here. Mamata didi has turned 'sonar Bangla' into 'kangal Bangla'," Shah said while addressing a rally in North 24 Parganas in the state.

"The infiltrates tell Mamata didi not to allow people to say 'Jai Shri Ram'. Mamata didi gets angry if someone chants Jai Shri Ram. I am chanting Jai Shri Ram here today. Nobody can stop us from doing that," he said.

“That puke- worthy Shah had the audacity to use the term ‘Kangal Bangla’ today at a rally. The people of Bengal will give him and Modi a fitting reply in Phase 7. That low life insults Bengal,” O’Brien tweeted.

That puke- worthy Shah had the audacity to use the term à¦Âà¦¾à¦Âà¦¾à¦² à¦¬à¦¾à¦Âà¦²à¦¾ ‘Kangal Bangla’ today at a rally. The people of Bengal will give him and Modi a fitting reply in Phase 7. That #LowLife insults Bengal

The Trinamool Congress also tweeted some data to counter Shah's allegation that the state had slipped down in development over the last few years.

Trinamool’s #JumlaMeter exposes the blatant lies and falsehood of Shah in #Bengal today. He had the audacity to twist words of Rabindranath's song 'Sonar Bangla' and call our State 'Kangal Bangla'. How dare he? >> https://t.co/s4qHDfZpgE pic.twitter.com/7CeKto3XRV

(With Inputs from ANI)