It was Amit Shah's first visit to the BSF headquarters after becoming home minister in the Modi government's second term. 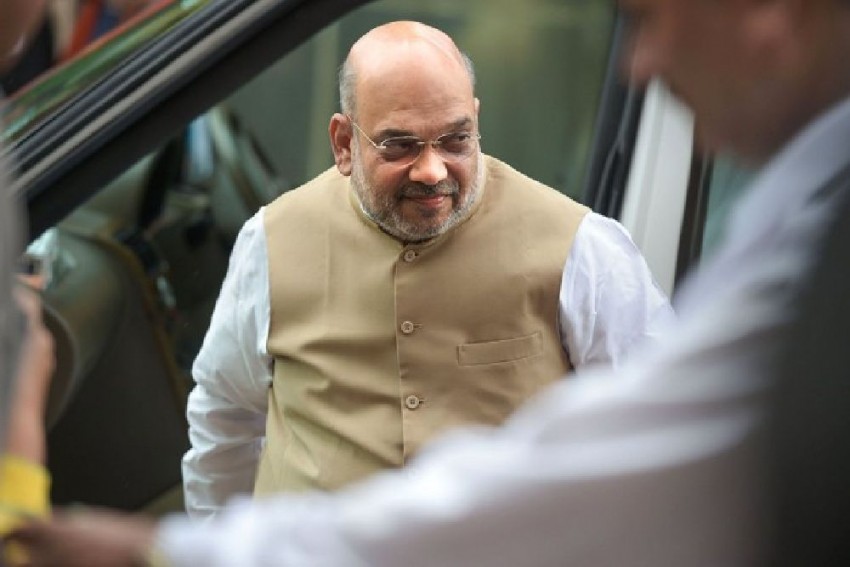 Union Home Minister Amit Shah on Friday visited the headquarters of the Border Security Force (BSF) and reviewed its operational preparedness along the borders with Pakistan and Bangladesh, officials said.

Shah spent about four hours at the head office of the force that is located in the CGO complex on Lodhi road in the national capital.

It was Shah's first visit to the headquarters of the country's largest border guarding force after becoming home minister in the Modi government's second term.

The minister recently could not attend the raising day of the force that was celebrated on December 1 here, owing to certain commitments.

Officials said after presenting a ceremonial guard of honour, the home minister was given a presentation on the BSF deployment and operations along the borders with Pakistan and Bangladesh.

The force guards over 2,290-km of the India-Pakistan border (international border and the Line of Control) and 4,096-km Indo-Bangla front.

The minister was also briefed about the smart gadgets deployed, and recent operations conducted by the force to fortify its defences along the Pakistan border to check infiltration and smuggling activities, they said.

Shah directed the officials to ensure a tight vigil and "enhance" the usage of smart technology tools to effectively secure the two frontiers, they said.

He was also informed about the BSF deployment in anti-Naxal operations in Chhattisgarh and Odisha and the overall deployment and movement of its units across the country, they said.

The home minister had made a similar visit to the CRPF headquarters here last month.

These forces function under the Union home ministry and are categorised as Central Armed Police Forces (CAPFs).