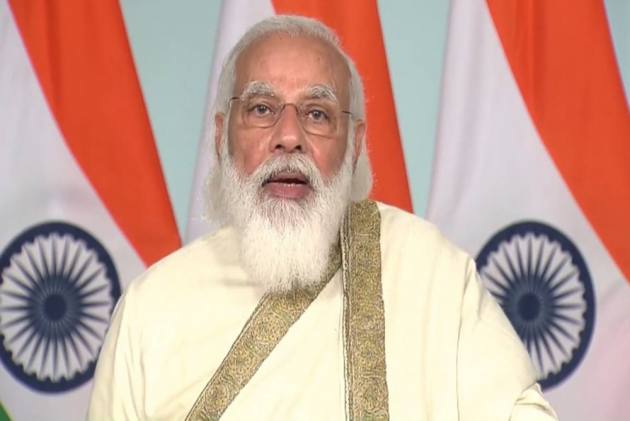 Praising AMU for its work during the pandemic, he said, "The way AMU helped society even during this crisis of Corona is unprecedented."

"The plans that the country is making today are reaching every section without distinction of religion," he added.

Nehru had visited the campus for first time in 1948, when an honorary doctorate was conferred on him at the annual convocation, followed by visits in 1955, 1960 and 1963.

PM Modi highlighted that in the last 100 years, AMU has also worked to strengthen India’s relations with many countries of the world.

Earlier, the school drop out rates of Muslim girls was 70 per cent because there were no toilets in school campuses. "With the construction of toilets in the school and college campuses, the drop out rate has been reduced," PM said.

He added, "The female enrolment rate of AMU has increased to 35 per cent which is commendable."

PM Modi asked parties not to see development through a political prism. He said, "Politics can wait but development cannot."

He also said that various alumni of AMU had actively contributed to the freedom struggle of India, despite their differences of ideologies.